For 15 years, the Cavaliers chased the white whale that was Virginia Tech, and finally caught it last year. What will they do for an encore?
Listen now to WTOP News WTOP.com | Alexa | Google Home | WTOP App | 103.5 FM

We never learned what would have happened if Captain Ahab had caught that white whale.

Much like Inigo Montoya in “The Princess Bride,” when you spend so much energy and focus on a goal, one wonders what is next?

For 15 years, the Cavaliers chased the white whale that was Virginia Tech; the losses to their in-state foe ranged from embarrassing blowouts (five by 29+ points) to heartbreaking defeats (five by less than a TD), from deficient defense (allowing 35+ points five times) to underwhelming offense (scoring fewer than 10 points five times with three shutouts).

What does one do for an encore? Unfortunately for the University of Virginia football team, there’s no pirate ship to captain. And with the ACC doing away with divisions for 2020, there’s technically no coastal crown to defend.

But there are expectations nonetheless, expectations raised by the continued improvement during head coach Bronco Mendenhall’s first four years.

The Cavaliers have won more games in each of his succeeding seasons in Charlottesville, and last year’s 9-5 mark was the team’s best since 2007. The win over Virginia Tech provides a ton of mojo, as well. And with 15 returning starters, the bar in Charlottesville was understandably high — especially with the Labor Day night season-opener against a top-10 Georgia on national TV.

Unfortunately, the Cavaliers will not battle the Bulldogs to start a season that now has 10 conference games and puts their traditional season-ending showdown with the Hokies in September as the season-opener for both schools.

For the time, the coach is focused on preparing his team while keeping his players safe amid the COVID-19 pandemic.

“I’ve never run a practice structure like we’re currently running,” Mendenhall said. “There’s really nothing about our program that looks the same as what a normal organization looks like. I’ve erred really, really far on the side of caution and safety.”

The major difference between Mendenhall’s program and previous regimes in Charlottesville has been consistency, as well as good fortune at quarterback. He has had two starting quarterbacks over the last four years, and both have been transfers who turned out exceptionally well.

This year represents a departure, as for the first time since arriving on the grounds, Mendenhall will start a quarterback he recruited out of high school.

Sophomore Brennan Armstrong emerges as the first-string quarterback, but he’s no ordinary sophomore. The Shelby, Ohio, native has three spring practices under his belt after enrolling in January 2018 and redshirted after appearing in just four games as a true freshman. Armstrong beat out Mississippi State transfer Keytaon Thompson for the nod.

“Throughout camp, Brennan just comes here every day and works,” sophomore tight end Grant Misch said. “He’s studying and staying late. He’s throwing balls with every receiver he can — all the tight ends and running backs. He’s just been doing more and more every day.”

Armstrong won’t have three of the top four receivers from last year to throw to, with junior Terrell Jana (74 catches for 886 yards and three touchdowns), his top returning tight end, and Billy Kemp (35 receptions for 289 yards and a score), the returning wide receiver who saw the most play in 2019.

Junior running back Wayne Taulapapa (473 yards and 12 touchdowns rushing last year) spearheads the ground game. A veteran offensive line returns, one that has been at full strength this summer.

Right tackle Dillon Reinkensmeyer may be the most experienced (37 career starts), but center Olusegun Oluwatimi (Honorable Mention All-ACC in 2019) is the pivot point of this unit.

Eight starters return to a defense that ranked third in the ACC in points allowed and fourth in yards surrendered in conference play. The strength of this unit rests in the linebacking corps, with senior Zane Zandier entering his third year as a starter. In 2019, he led the team with 108 tackles, was tied for third with five sacks, and boasts one of the coolest nicknames in college football.

“We all know ‘ZZ-Stop’ is being an aggressive, loud person of our defense,” senior safety Joey Blount said. “But he’s grown into a role of taking charge of the younger guys, really taking a lot of them under his wing.”

As mentioned, the season kicks off at Virginia Tech. I have a feeling the Hokies will be extra-ready for this one. After the Sept. 19 opener, the Cavaliers have a week off before visiting preseason No. 1 Clemson.

Thrown into the schedule are trips to Miami and Florida State, sleeping giants that have enjoyed better days but are always capable of winning on their home turf (U.Va. was schooled last year by the Hurricanes and has won just once in Tallahassee).

Forget about exceeding last year’s success; matching it will be a challenge enough. 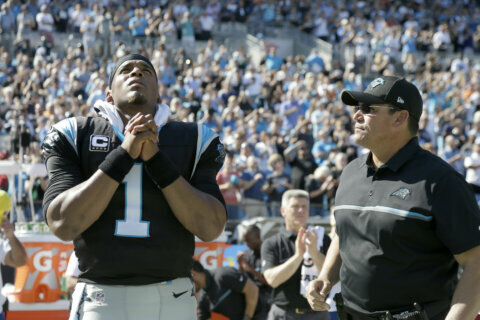 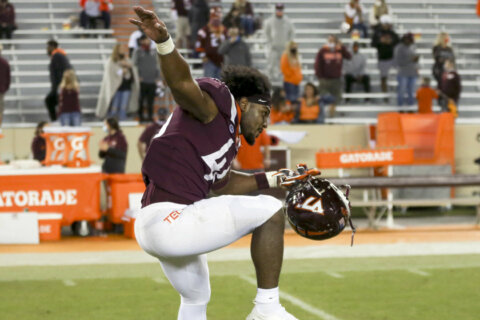 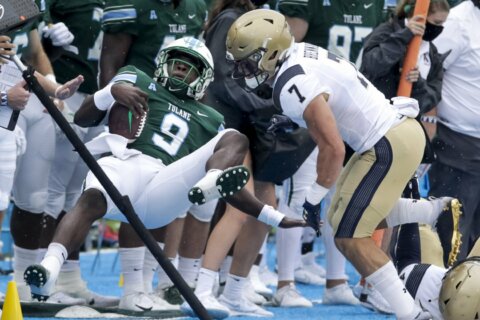