This content is sponsored by The United States Air Force Band.

The United States Air Force Band is proud to announce the 2020 Guest Artist Series! These concerts will feature several star-studded talents: classical and jazz piano sensation Aaron Diehl on Jan. 23, Broadway Singer and Actress Samantha Massell on Feb. 20 and internationally-acclaimed bass trombonist George Curran on Mar. 19. Concerts in this series take place at 7:30 p.m., with doors opening at 7 p.m. All performances are at the Rachel M. Schlesinger Concert Hall and Arts Center at the Northern Virginia Community College, Alexandria Campus. These concerts are FREE and open to the public, tickets required. Any unclaimed seats will be released to non-ticketed patrons 15 minutes prior to each performance. FREE tickets will be distributed here: www.usafband.eventbrite.com. Enjoy free parking in the parking garage across the street from Schlesinger Concert Hall. 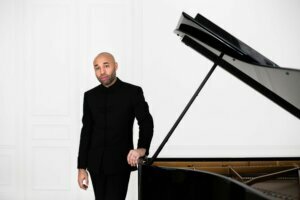 Aaron Diehl – A classically trained pianist and composer, Aaron Diehl has made an indelible mark on the jazz world over the last 15 years. While showing a rare affinity for early jazz and mid-20th century “third-stream” music, his latest evolution comes as he begins to tackle modern classical works, having performed George Gershwin’s piano and orchestra works with the NY Philharmonic, Cleveland Orchestra, LA Philharmonic, and Minnesota Orchestra.

A graduate of Juilliard, Diehl was named the 2011 Cole Porter Fellow by American Pianists Association, in 2014 became the youngest ever Monterey Jazz Festival Commission Artist and has released two critically acclaimed albums on the Mack Avenue Records label. He was the Music Director for Jazz at Lincoln Center’s 2014-2015 New Orleans Songbook series and in 2017 participated in Jazz in July’s “The Art of Tatum,” honoring one of his primary piano idols, Art Tatum.

When he isn’t on tour or recording, Diehl enjoys spending time in the sky. A licensed pilot, one of his favorite planes to fly is the Beechcraft Bonanza. 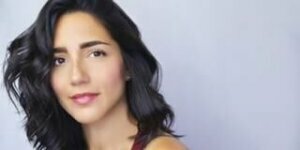 Saman​tha Massell is an actress, singer, and writer based in New York City, who has appeared on Broadway, on television, in films, regionally, and in a variety of commercials. A native New Yorker, Samantha is a Phi Beta Kappa graduate of The University of Michigan, where she double majored in Musical Theatre and English.

Most recently on stage, Samantha originated the lead role of Karla in Scott Frankel & Robert Freedman’s The Flamingo Kid, directed by Darko Tresnjak. Prior to that, she recreated the starring role of Rebecca in the extensive revisal of Stephen Schwartz and Charles Strouse’s Rags. Samantha was last seen on Broadway starring as Hodel in Bartlett Sher’s acclaimed revival of Fiddler on the Roof. 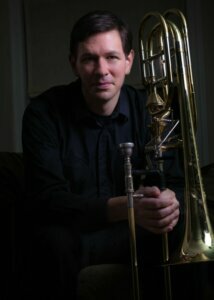 George Curran became the bass trombonist of the New York Philharmonic in June 2013 after serving in that role with the orchestra during the previous season. Prior to that, he was a member of the Atlanta Symphony Orchestra and a fellow with the New World Symphony. He has also performed with the Metropolitan Opera Orchestra, the Detroit and Cincinnati Symphonies, the Hong Kong Philharmonic, Gerard Schwarz’s All-Star Orchestra, and many other renowned ensembles.

As a soloist, Mr. Curran has premiered several new works written for him, most importantly the title track of his solo CD. Written by David Gillingham and called Vital Signs of Planet Earth, Mr. Curran premiered it with the Central Michigan University Wind Ensemble and has performed the piece several times since, including in Carnegie Hall. He will be performing his second recital at the International Trombone Festival this July, and has been a featured soloist and clinician at several other trombone workshops, including Slide Factory, the Arctic Trombone Festival, and the Association of Spanish Trombonists. Twice he was a soloist and judge at the Jeju International Wind Ensemble Festival in South Korea. Mr. Curran has also performed concertos with bands at the American Trombone Workshop and the Midwest Clinic in Chicago, and with many collegiate ensembles.

A native of Farmington Hills, Michigan, George Curran received his bachelor’s degree in music education on euphonium from Central Michigan University and a master’s degree in performance on bass trombone from the University of Cincinnati College-Conserv​atory of Music. His principal teachers have included John Rojak and Peter Norton. He is an S.E. Shires Trombone artist and is on the faculty of Rutgers University, Manhattan School of Music, and Mannes School of Music. 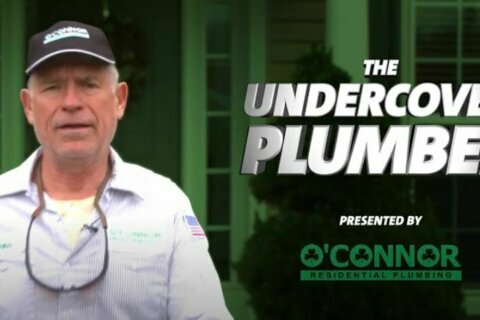 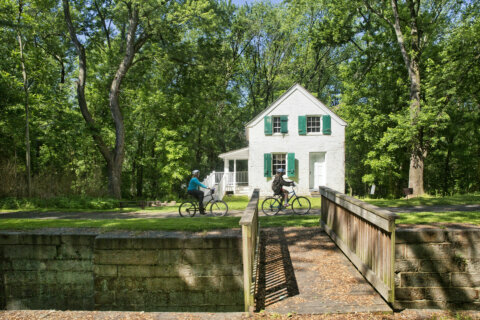 Connect with nature in Frederick, Maryland 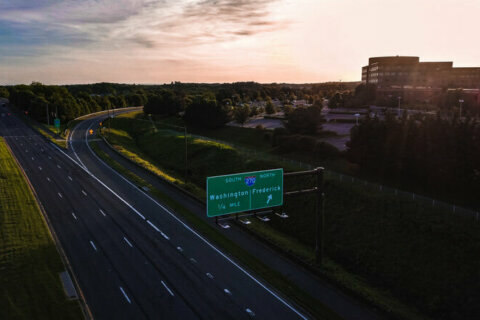 State and local governments will be next to be hit hard