MENLO PARK, Calif. (AP) — Facebook parent Meta says it has removed a network of accounts linked to the Proud Boys, a far-right extremist group it banned in 2018.

Meta said on Thursday that it recently uncovered and removed about 480 Facebook and Instagram accounts, pages and groups linked to the Proud Boys. That brought the total number of Proud Boys assets it has removed to around 750 this year, it said.

Although the group has been banned from Meta’s platforms, the company said it has seen repeated attempts by its members at evading the ban. People behind the efforts are not identifying themselves as Proud Boys openly, creating front groups and using Facebook or Instagram to steer people to other, less moderated platforms, it said.

Such tactics are commonly used by extremist groups and those spreading misinformation as they try to evade social media companies’ crackdowns.

While the Proud Boys and other extremist groups have at times found homes on smaller internet platforms that cater to right-wing audiences, none come close to the reach of Meta’s properties, where they can recruit members more easily.

The former leader of the Proud Boys and other members of the group were charged this summer with attacking the U.S. Capitol on Jan. 6, 2021 to stop Congress from certifying President Joe Biden’s 2020 electoral victory.

Henry “Enrique” Tarrio and four others were charged with seditious conspiracy for what authorities say was a plot to forcibly oppose the lawful transfer of presidential power during the joint session of Congress on Jan. 6, 2021.

The seditious conspiracy indictment alleges that the Proud Boys held meetings and communicated over encrypted messages to plan for the attack in the days leading up to Jan. 6. On the day of the riot, Proud Boys members carried out a coordinated plot to storm past police barricades and attack the building with a mob of Trump supporters, the indictment says.

The trial is scheduled to start on Dec. 12. 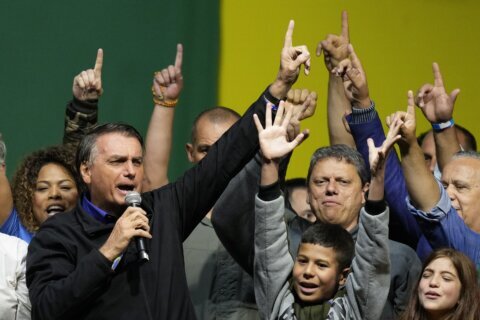