Sound travels much slower on Mars than on Earth, researchers find

Researchers studying recordings made by microphones on NASA's Perseverance rover found that sound travels much slower on Mars than it does on Earth.
Listen now to WTOP News WTOP.com | Alexa | Google Home | WTOP App | 103.5 FM

Researchers studying recordings made by microphones on NASA’s Perseverance rover found that sound travels much slower on Mars than it does on Earth. In a study published in Nature on Friday, the team said it looked at recordings dating back to February 19, 2021, the day after the rover arrived on the planet.

Using recorded sounds generated by the rover — like shock waves from the rover’s laser that was used to cut rocks, and flight sounds from the Ingenuity helicopter — the researchers were able to compare the Martian sounds to Earth sounds. They determined that sound travels 100 meters per second slower on Mars than on Earth.

In addition, the researchers realized that there are two speeds of sound on Mars — one for high-pitched sounds and one for low-pitched sounds. This would “make it difficult for two people standing only five meters apart to have a conversation,” according to a press release on the findings.

The unique sound environment is due to the incredibly low atmospheric surface pressure. Mars’ pressure is 170 times lower than Earth’s pressure. For example, if a high-pitched sound travels 213 feet on Earth, it will travel just 26 feet on Mars.

While sounds on Mars can be heard by human ears, they are incredibly soft.

“At some point, we thought the microphone was broken, it was so quiet,” said Sylvestre Maurice, an astrophysicist at the University of Toulouse in France and lead author of the study, according to NASA. Besides the wind, “natural sound sources are rare,” the press release said.

But NASA scientists think Mars may become more noisy in the autumn months, when there is higher atmospheric pressure.

“We are entering a high-pressure season,” co-author of the study Baptiste Chide said in the press release. “Maybe the acoustic environment on Mars will be less quiet than it was when we landed.”

When the initial recordings were made last year, researchers declared it the first time sounds from a foreign planet had ever been captured.

Thomas Zurbuchen, associate administrator for NASA’s Science Mission Directorate, said at the time the recordings are “the closest you can get to landing on Mars without putting on a pressure suit.”

Perseverance is now hunting for signs of ancient life in the Jezero Crater. In October, it found Mars experienced “significant” flash floods that carved the landscape into the rocky wasteland we see today. And a decade from now, the rover plans to be the first to send samples from the red planet back to Earth. 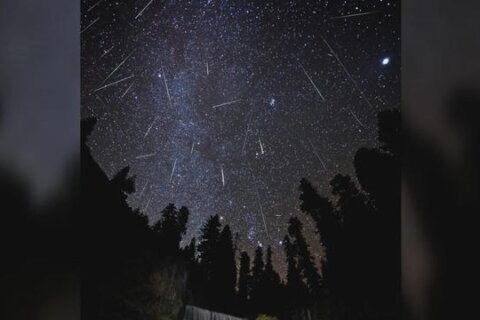 Comet that split apart in 1995 could produce rare meteor storm