WASHINGTON — After bad weather and a month of delays, NASA’s Terrier-Improved Malemute finally took to the sky Thursday morning from Wallops Island in Virginia.

The rocket took off at 4:25 a.m. and gave the region’s residents an early taste of the fireworks in store for July 4.

It left eerie, ethereal plumes of blue-green and red in its wake. Those ghostly clouds were the result of vapor canisters filled with barium, strontium and cupric oxide being deployed during the Terrier-Improved Malemute’s eight-minute flight.

NASA says those artificial clouds allow scientists on the ground to track the movement of particles in Earth’s ionosphere, which is in its upper atmosphere. 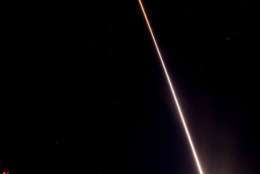 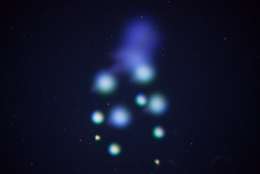 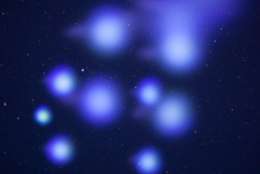 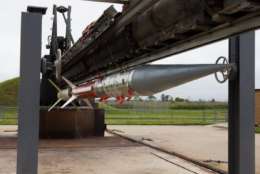 The spectacular, Technicolor display seen over much of the mid-Atlantic region is a direct result of the chemicals in the canisters interacting with one another.

The Terrier-Improved Malemute reached an altitude of about 118 miles over the course of its eight-minute journey.

And it’s a good thing the launch was a success — it had already been postponed 11 times.

The clouds it created were visible along the mid-Atlantic coastline from North Carolina to New York, and could be seen as far west as Charlottesville, Virginia, according to NASA.

People from all over the region were able to enjoy the sight and NASA’s Wallops Flight Facility has been posting astonishing shots of the launch and the clouds submitted by fans on its Facebook page.

The aim of NASA’s Thursday morning launch is to further study the ionosphere, a layer of the Earth’s atmosphere that is ionized — ionization refers to an atom receiving a positive or negative charge and becoming, yep, ions — by solar and cosmic radiation.