WASHINGTON — It’s do or die time, literally, for “Mad Men” conspiracy theorists, as Season 7 stokes a theory that ignited midway through Season 6.

The oft-debated idea is that Don Draper’s most recent ex-wife, Megan (Jessica Pare), is somehow a proxy for Sharon Tate, the pregnant wife of director Roman Polanski. Tate was notoriously stabbed to death during the Manson murders, which unfolded during a Hollywood Hills home invasion in the “Helter Skelter” summer swelter of 1969.

While the final season now appears to have entered 1970 — after Tate’s murder– creator Matthew Weiner is content adding fuel to the fire right down to the show’s final burning embers, as last night’s episode (Season 7, Episode 9) was the first to explicitly mention the Mansons by name, at the same time that Megan discovered red wine (i.e. blood) spilled on Don’s carpet.

Are these the final clues that Megan could face a bloody fate similar to Tate? Or are they the final winks of a television genius trolling us in real time?

Here’s a quick recap of other hints along the way:

1) “The Collaborators” (S6: Ep 3) – Megan’s own pregnancy seems doomed from the start of Season 6. In this episode, Megan reveals a miscarriage to neighbor Sylvia, who is having an affair with Don in their New York apartment building, just a mile from the Dakota Building in Polanski’s “Rosemary’s Baby” (1968). After Tate’s murder, film buffs looked back at “Rosemary” as divine foreshadowing, as if Polanski had somehow cursed his wife to be stabbed in the pregnant belly.

2) “The Crash” (S6: Ep 8) – Don’s daughter, Sally, reads “Rosemary’s Baby” as a stranger known as Grandma Ida breaks into the apartment. Don admits he forgot to close the sliding glass door (more on this later). This shows just how easily a Manson style break in could occur. Also remember that, in Manson’s mind, “helter-skelter” was meant to incite a race war, and Grandma Ida fits this theory.

3) “The Better Half” (S6: Ep 9) – Megan wears the same star-pattern shirt that Sharon Tate wore during an Esquire magazine spread, which was photographed on the set of “Rosemary’s Baby.” This is the clue that ignited much of the conspiracy, but many fail to mention the bigger clue: that it directly follows a shot of Peggy riding in an ambulance with her boyfriend, knife protruding from his stomach. The cut from the belly knife to Megan’s “Sharon Tate” shirt is creepy in this light. Moments later, Don appears in a reflection of the sliding glass door (again, more on this later) and emerges to join Megan on the balcony. Police sirens blare as she says, “I miss you all the time. I don’t know when I started pretending like everything was sunny,” foreshadowing her trip to California and Don’s tragic absence.

4) “The Quality of Mercy” (S6: Ep 12) – Don and Megan go to see “Rosemary’s Baby” at the movie theater, where Megan says it was horrifying as she covers her belly with her arms. There, they run into Peggy and Ted. Both relationships are ultimately tested by the long distance between New York and California, which could become supremely tragic if Don is in New York while Megan meets the Mansons in L.A. As Don and Megan return home that night, they enter the doorway in ominous shadows as Megan says she could never live in an old building like the one in “Rosemary’s Baby.” Ironically, their entrance is similar to that of Mia Farrow and John Cassavetes in the movie.

5) “Time Zones” (S7, Ep 1) – In the season 7 premiere, Megan is now an actress living alone in the Hollywood Hills, trying a long distance relationship with Don in New York. Once again, they enter the doorway in shadows like their previous apartment entrance after watching “Rosemary’s Baby.” Don asks why Megan wants to live in a house in such a secluded area of the Hollywood Hills, saying, “It’s like Dracula’s castle,” recalling Tate’s “The Fearless Vampire Killers” (1967), where she met and married her director and co-star Polanski.

Coyotes begin to howl in the distance, a hint that The Coyote was the name of the restaurant where Tate last ate the night of the murder. Megan tries to tamp down Don’s fears by saying, “They’re far away, Don. It’s just what happens to the sound in the canyon,” practically quoting the book: “Helter Skelter: The True Story of the Manson Murders,” which reads: “The canyons above Hollywood and Beverly Hills play tricks with sounds.” She also says, “My next house is going to have a pool,” like the one where Tate was killed.

As she and Don kiss, a final coyote howl triggers Megan to feel lightheaded, and she stumbles drunkenly to the bedroom like the drugged Farrow in “Rosemary’s Baby.” Restless, Don sits down to watch a TV program of Joey Bishop, who starred with Tate in “Valley of the Dolls,” written by Dorothy Kingsley, who created the very show for which Megan is auditioning this episode, NBC’s “Bracken’s World.” In fact, when Megan hears about her callback for the pilot, she holds her stomach and says, “I feel like I just ate a bag of butterflies.”

Back in New York, Peggy holds a tub of Folger’s Coffee as a co-worker says, “I have a feeling this isn’t about coffee,” hinting at coffee heiress Abigail Folger, who was also killed in the Manson Murders. Don and Megan have another chance at sex, but Megan pulls Don’s hands off her belly. They ultimately consummate, but not without Megan expressing nervousness. The final cherry on top is the sliding door of Don’s New York apartment, which keeps sticking, recalling the Grandma Ida break in and Don’s reflection as Megan stood in her star shirt.

6) “New Business” (S7, E9): In the most recent episode, Megan visits Don’s apartment to collect her belongings during divorce proceedings. There, she discovers a streak of red wine spilled on the white carpet, potentially signifying that he own blood will be spilled. Early in the episode, office workers joke about the Manson Murders in the newspaper — the first time they are explicitly referenced — calling them the “Manson Brothers,” only to be corrected that it is the “Manson Family.” Imagine the tragedy if Roger Sterling’s daughter — who has just joined a hippie commune — joins up with the Manson Family and murders Megan as vengeance for Roger sleeping with Megan’s mother?

With all of the above connections, it’s clear that show runner Matthew Weiner knows exactly what he’s doing. He’s no doubt heard the conspiracy buzz online — perhaps he even planted it — and he’s now intentionally egging us on. But that doesn’t necessarily mean he plans to kill off Megan Draper.

He could be throwing us a curve.

During the season 7 premiere, a wideshot of Megan’s California home overtly shows Don walking behind a set of vertical wooden railings that resemble jail bars. This image has been used as ominous foreshadowing throughout film history, from the Venetian blind shadows over Fred MacMurray in “Double Indemnity” (1944) to the window blinds of William H. Macy’s car dealership in “Fargo” (1996). Film academics adore this “mise-en-scene” — the symbolic placement of all visual elements in the frame — and thus hail Billy Wilder and the Coen Brothers as visionary fatalistic filmmakers.

While film history shows this could mean bad news for Don, Weiner specifically does not show Megan crossing behind these jail bar railings. When it’s her turn to cross the room, she begins to approach the bars, but we quickly cut away to Don, then back to Megan at the front door so as to not see her behind the bars. This could be a visual hint that Megan is safe and the Sharon Tate connection is a red herring. Or, perhaps Weiner just doesn’t want to lay it on too thickly.

We should also note that Weiner has never blatantly altered history throughout the series. Historic events unfold subtly in the background (i.e. Robert F. Kennedy’s assassination), landmark moments shut down the world (i.e. the Cuban Missile Crisis) and other events help spark character growth (i.e. Martin Luther King’s assassination), but in each case, the major historical figures are not changed.

Thus it would be a stretch to say that Megan Draper is literally Sharon Tate. Perhaps she will be there the night of the Manson murders and suffer a similar fate. Or, perhaps the shocking Tate murder will merely coincide with Don and Megan ending their long distance relationship, like the JFK assassination coincided with Don and Betty’s divorce.

Either way, Weiner has us actively interpreting history through cinesthetic techniques — composition, lighting, blocking, sets, wardrobe — and to do this within a pop culture phenomenon is truly brilliant.

Don himself has this wild-eyed epiphany in “The Crash,” telling Peggy that their ad firm should start disguising history as entertainment: “If this strategy is successful … it’s everything.” Judging by the buzz around the Draper-Tate conspiracy, it is proving damn successful.

“Mad Men” reminds us that history is cyclical, just like our morality. Just when we think Don has conquered his inner demons, he relapses into an alcoholic womanizer. To paraphrase The Beatles in “Helter Skelter,” as he gets to the bottom, he goes back to the top of the slide. 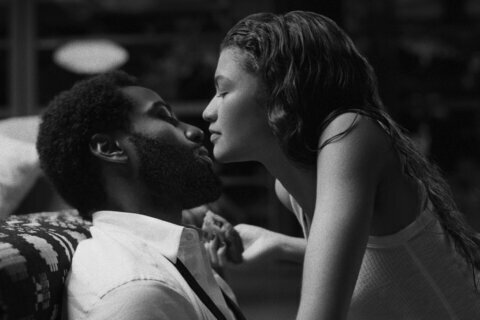 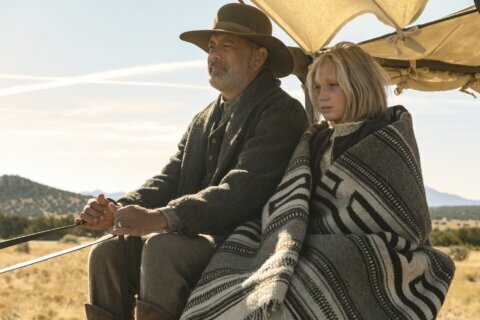 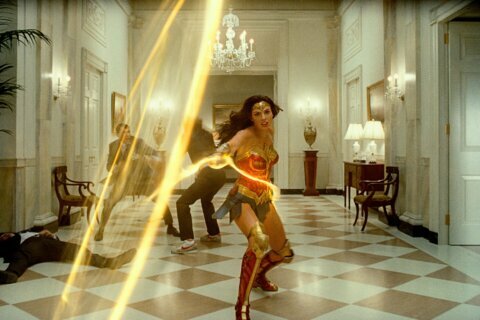