The star of maque choux, one of the classic dishes of Louisiana’s Cajun country, is fresh summer corn. Naturally sweet kernels are in delicious balance with a savory mix of vegetables and crawfish. But it can veer to the heavy side, thanks largely to the addition of cream.

To lighten the recipe for our book “Milk Street Tuesday Nights,” which limits recipes to 45 minutes or less, we utilize an element that most cooks throw out — the corn cobs. Instead of weighing down the dish with dairy, which tends to dull other flavors, we extract the “milk” of the corn. After cutting the kernels off, we use the back of the knife to scrape the cobs, releasing their starchy liquid to add rich, creamy body that doesn’t overwhelm other ingredients.

Pronounced “mock shoe,” which is said to be a French inflection of a Native American word, this Creole classic usually is made with crawfish and/or tasso ham. Both are hard to come by, so we opted for andouille sausage for its smoky, meaty flavor. We also swapped the standard green bell pepper for a poblano chili, which has an earthy flavor and mild heat.

Stirring a tablespoon of cider vinegar into the finished hash brightened it even more.

1 tablespoon grapeseed or other neutral oil

Using a chef’s knife, cut the kernels from the ears of corn. Set aside. One at a time, stand each stripped cob in a wide bowl, then use the back of the knife to scrape from top to bottom all around it, allowing the liquid to fall into the bowl. Add the kernels to the bowl and set aside.

In a 12-inch skillet over medium-high, heat the oil until shimmering. Add the sausage and cook, stirring, until well browned, about 3 minutes. Transfer to a paper towel-lined plate and discard any fat in the skillet.

Set the skillet over medium and melt the butter. Add the onion, bell pepper, poblano chili and ½ teaspoon salt. Cook, scraping up any browned bits and stirring occasionally, until the vegetables soften, 5 to 7 minutes. Stir in the garlic and thyme, then cook until fragrant, about 30 seconds. Increase to medium-high and add the corn kernels and liquid, ¾ teaspoon salt and ¼ teaspoon pepper. Cook, stirring, until the corn is crisp-tender, 3 to 5 minutes.

Return the sausage to the skillet, stir and cook until heated through, about 1 minute. Stir in the vinegar, then taste and season with salt and pepper. Stir in the scallions. 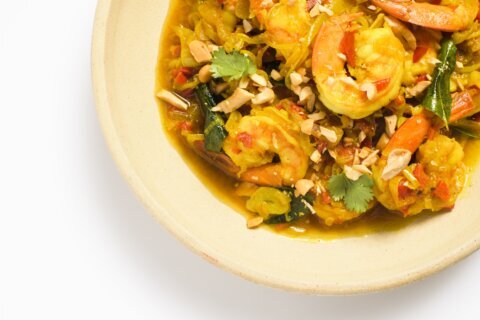 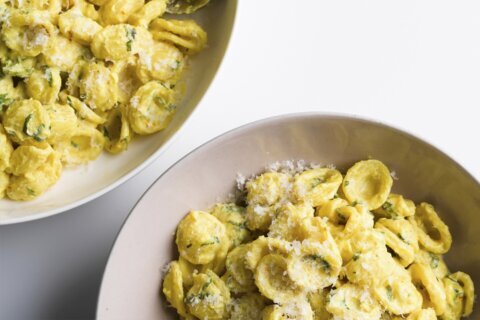 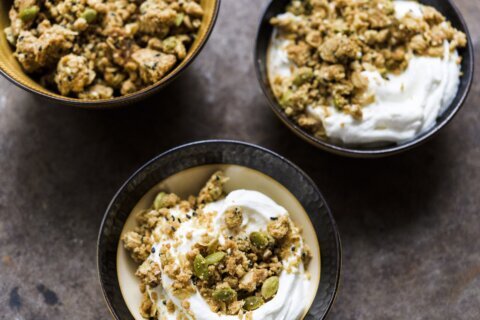