BOSTON (AP) — A wealthy Maryland businessman bought the run-down home of Harvard’s fencing coach for well above its value, bankrolled the renovation of his $1 million condo and helped pay the coach’s bills in a scheme to secure coveted spots for his sons at the elite university, a federal prosecutor told jurors on Monday.

Peter Brand, who was fired from Harvard in 2019, “gave into corruption” amid personal financial struggles to accept more than $1.5 million in bribes from Jie “Jack” Zhao in exchange for recruiting Zhao’s two sons to the fencing team, Assistant U.S. Attorney Ian Stearns said as the two men went on trial in Boston’s federal court.

Lawyers for Brand and Zhao told jurors that the payments were loans between good friends that were later paid back — with interest. The money had nothing to do with the teens, who as exceptional students and nationally ranked fencers were admitted to Harvard on their own merit, their attorneys said. They also sought to paint the government’s star witness as a liar who the defense says has made up the entire story to save himself from trouble with the law.

“Jack didn’t need to bribe Coach Brand to recruit his sons, he had no reason to do so,” said Zhao’s attorney, Michael Packard. Zhao’s sons “earned it,” he said.

The Massachusetts U.S. attorneys office launched its investigation after The Boston Globe reported in 2019 that Zhao bought Brand’s three-bedroom home in Needham, Massachusetts, for almost $1 million — nearly double the home’s assessed value at the time of $549,300. Stearns said the home was “literally falling apart” in some places, and the sale was so strange that city assessor wrote in his notes at the time: “MAKES NO SENSE.” Zhao never lived in the home and sold it for a steep loss 17 months later.

Brand used the money from that sale to buy a $1.3 million condo in Cambridge and Zhao paid more than $150,000 to the high-end contractor Brand hired to renovate it, according to prosecutors. Zhao, the CEO of a telecommunications company from Potomac, Maryland, also made payments toward Brand’s son’s college tuition and Brand’s car, among other things, according to authorities.

Brand wrote in a message to another man: “His boys don’t have to be great fencers. All I need is a good incentive to recruit them,” according to court documents.

The case comes on the heels of the sprawling college admissions bribery scandal that resulted in the convictions of dozens of wealthy parents and athletic coaches in a scheme to get children admitted into top schools across the country with rigged test scores and bogus athletic credentials. The Brand case is separate from the so-called “Operation Varsity Blues” scheme, which was led by admissions consultant Rick Singer. Singer is awaiting sentencing after helping authorities build their case against the parents and coaches and pleading guilty to numerous charges.

Zhao told The Globe in an interview in 2019 that he purchased Brand’s home as an investment and as a favor to the coach and denied it was done to help his son get into the prestigious university.

Defense attorneys questioned why Zhao would write checks on behalf of Brand and buy Brand’s house in his own name if he were trying to hide something illegal. Brand’s attorney, Douglas Brooks, said that the coach faced pressure from Harvard to raise money and was encouraged by the school to recruit students with “capacity” or families with a lot of wealth.

Messages shown to jurors show that Brand and his wife were facing money woes before prosecutors say he began accepting the bribes. In one message, Brand’s wife warned him to stop using the debit card because they were down to $100 in their account.

The government’s first witness is the man prosecutors say initially served as the middleman of the bribery scheme: Alexandre Ryjik, who founded of the Virginia Academy of Fencing.

Ryjik, who has admitted to stealing money from his fencing charity, agreed to cooperate with the government in the hopes of getting immunity from prosecution. He has not been charged with any crime. 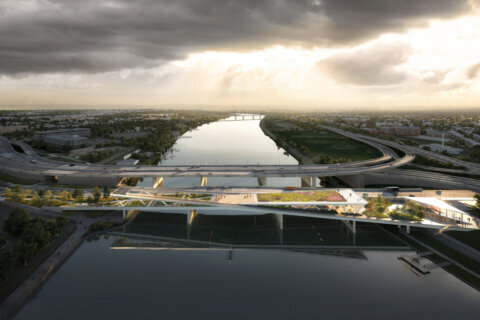