Coronavirus News: Fairfax Co. votes to increase substitute teacher pay | Is it time to get a COVID-19 booster? Which one? | Local cases of COVID-19 | How many in DC region are vaccinated?
Home » Real Estate News » American Dream unveils luxury… 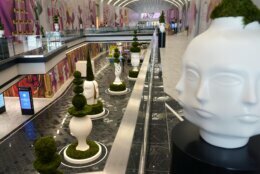 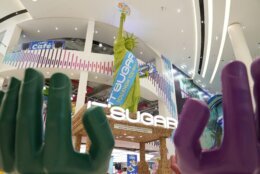 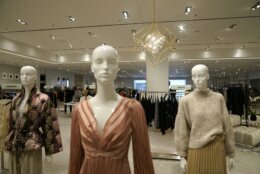 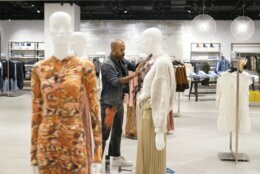 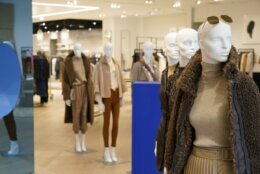 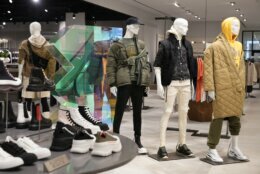 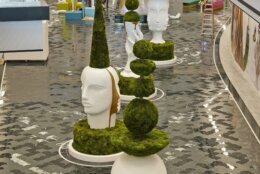 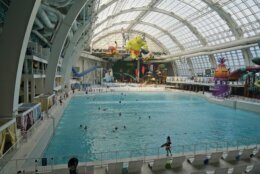 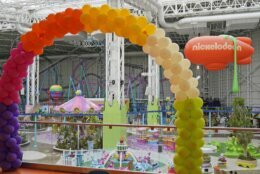 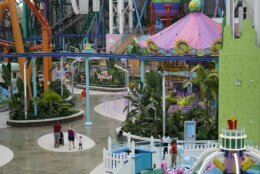 EAST RUTHERFORD, N.J. (AP) — If you build it during a pandemic, will they still come?

American Dream put that to the test when it opened the new luxury shopping wing of its megamall in September, just across the Hudson River from Manhattan in East Rutherford, New Jersey, featuring Saks Fifth Avenue, Dolce & Gabbana, Hermes and other luxury stores, along with exotic fish ponds, gardens and 16-foot sculptures.

Like everything about American Dream, the timing has been less than ideal. The new wing comes as the world grapples with the highly contagious delta variant of the coronavirus, which continues to threaten life — and business — from returning to normal.

American Dream took nearly two decades — and lots of fits and starts in between — to become a reality. When it finally did open its doors in October 2019, the giant shopping and entertainment complex was forced to close five months later as the coronavirus bore down on the globe.

It reopened last October with new safety protocols in place. But the pandemic has complicated its outlook, delayed expansion plans, cut off its cash flow and stolen international visitors. American Dream also lost a handful of key partners that either filed for bankruptcy — like Barneys New York, Century 21and Lord & Taylor — or pulled out like high-end retailer Montcler.

The new luxury wing marks the final construction phase of American Dream’s retail and entertainment offerings; it still has plans to add hotels. The luxury wing is expected to be a key highlight to the 3 million square feet of leasable space, more than half of which is dedicated to over a dozen entertainment attractions like a 16-story indoor ski slope and a waterpark. By year-end, it will have leased more than 85% of its space, according to an American Dream representative.

Ken Downing, chief creative officer of the mall’s owner Triple Five Group, acknowledged a bumpy start but says he’s optimistic about American Dream’s future. The spring and summer months were “very popular” as people were looking for a safe place to shop, dine and get away, he said.

American Dream’s website says it’s constantly cleaning the facility. Employees are required to wear a mask regardless of vaccination status while tenants and visitors are encouraged to do the same. The company delayed full-service indoor dining until the opening of a high-end Italian restaurant in its luxury wing.

John Antonini, director of stores for Saks Fifth Avenue, said that the pandemic forced it to be “obsessed” with services that offer more shopping options for people who either don’t want to go to Manhattan or go to any physical store.

It’s testing a service at the store where shoppers can sit in a private room with a big flat screen TV in the personal shopping area and virtually shop the latest collection at its Manhattan store with one of its style advisers. Customers looking to buy shoes but want to try them on in their home can text their style adviser and someone will arrive with an assortment for selection.

On a recent weekday, the sound of drills and presence of construction crews fixing up store interiors were a reminder that American Dream is still a work in progress. The mall had a constant stream of people, many of them masked, but it was clearly not crowded.

Cristal Fernandez, 24, from Wayne, New Jersey, visited American Dream for the first time during the luxury wing’s opening. She said she felt safe and liked the overall experience.

“It seems like they’re definitely on top of keeping things clean,” said Fernandez, who bought a few items like cosmetics. “People seem to be pretty good about masks and staying at a distance.”

Downing says the weekends bring 75,000 people to American Dream, which features a mix of high- and low-price retail tenants. When it first opened, American Dream said the initial goal was 45 million to 50 million visitors in the first year. Officials didn’t directly address whether they met that goal. Downing says people are traveling from greater New York, New Jersey, Philadelphia area and as far as California and Florida, but that he’s looking forward to international visitors, which should account for 20% of the overall base.

Triple Five, a Canada-based mall and entertainment conglomerate, took over American Dream in 2011 from two developers and reimagined it as a community hub for tourists and locals, taking a page from two other malls it had developed: West Edmonton Mall in Alberta, Canada and Mall of America in Bloomington, Minnesota — the two largest malls in North America.

But the nearly seven-month closure of American Dream caused the company to default on an underlying mortgage. Meanwhile, the Mall of America has a $1.4 billion loan on its mortgage, according to Trepp, a New York-based research firm that tracks the commercial mortgage-backed securities.

The pandemic has hurt malls in general. Still, analysts say the high-end ones have been more resilient while low-end malls have suffered, with moderate-priced department store chains like J.C. Penney shuttering stores.

The average vacancy rate for all malls across the country climbed by around 2.2 percentage points from the end of 2019 to the second quarter of 2021 and now hovers at 7.4%, says CoStar Group, a real estate research firm. The top-tier malls are seeing vacancies average 4.5% as of this year’s second quarter, while the bottom-tier have experienced a much greater slowdown, with an average of around 13%.

Daniel Hodges is CEO and founder of Retail Store Tours, which offers tours to retail executives at prime destinations to inform them of best retail practices. He says he’s bullish on American Dream, noting a combination of entertainment and its attention to detail like a meandering design that doesn’t overload shoppers, use of natural light and amenities like plenty of seating.

“It is a very stressful time for retail, especially when you are doing epic retail like American Dream but all the fundamentals are strongly entrenched,” he said. “This is the future of retail.”

Downing said “the sucker punch that the pandemic gave the entire world was something none of us were expecting.”

But, he added, “It’s time to open it. And whatever the world has in front of us, we’ll deal with that at that time.” 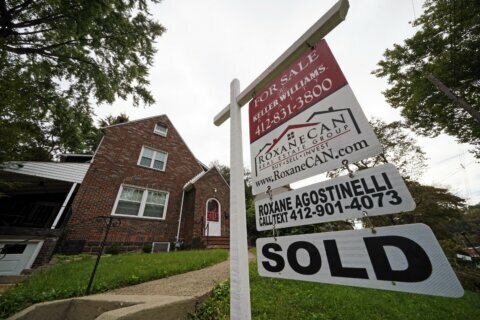 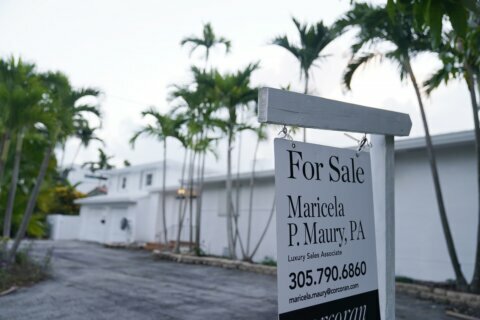