US home contract signings see big rebound in May

SILVER SPRING, Md. (AP) — More Americans signed contracts to buy homes in May, a surprising rebound after months of cooling in the housing market, where lack of inventory has pushed prices to record levels.

Contract signings, considered a barometer of purchases that will take place in the next one-to-two months, are 13.1% ahead of where they were one year ago with the country in the throes of the coronavirus outbreak. It’s just the second month-over-month increase so far in 2021 but potentially foretells a strong finish to the summer season.

While there’s no shortage of people in the market to buy, many have been forced out by the lack of properties for sale, which along with rising material costs, have sent new and existing home prices to record highs.

Last week, the Commerce Department reported that sales of new homes fell for the second straight month. The 5.9% decline in May followed a 7.8% retreat in April. The median price of a new home sold in May jumped to $374,400, up 18.1% from a year ago.

NAR also reported last week that sales of previously-occupied homes fell for the fourth straight month in May. The median sales price for an existing home topped $350,000 last month, a record high and likely obstacle for many would-be home buyers, particularly first-timers.

Lawrence Yun, chief economist of the NAR, said he expects to see more listings in the second half of 2021 as homebuilding picks up and the federal mortgage forbearance program winds down. But even with lumber prices retreating slightly, home buyers shouldn’t expect prices to come back down too much.

“Home price growth will steadily moderate with increased supply, but a broad and prolonged decline in prices is unlikely,” Yun said.

All of the four major U.S. regions registered gains in contract signings from the previous month, with the Northeast jumping 15.5% in May. 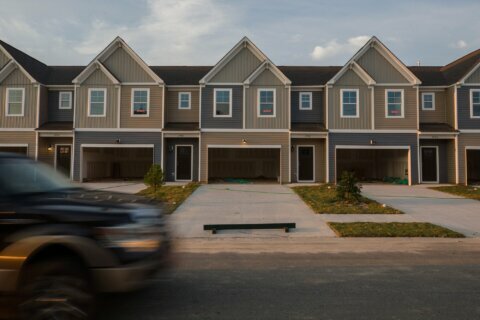