US home prices soared in January by most in seven years

WASHINGTON (AP) — U.S. home prices increased at the fastest pace in seven years in January as the pandemic has fueled demand for single-family houses even as the supply for such homes shrinks.

The S&P CoreLogic Case-Shiller 20-city home price index, released Tuesday, rose 11.1% in January from a year earlier. That’s the biggest gain since March 2014. Prices rose in all 20 cities, and the 12-month increase was larger for all cities in January than in the previous month.

“January’s data remain consistent with the view that COVID has encouraged potential buyers to move from urban apartments to suburban homes,” said Craig Lazzara, Managing Director and Global Head of Index Investment Strategy at S&P DJI. It’s not yet clear whether that trend will fade as the pandemic is brought under control, Lazzara said, or if there will be a permanent shift higher in demand.

Home sales have jumped in the past year, driven by a desire for more space among those Americans fortunate enough to keep their jobs. With roughly one-quarter of workers doing their jobs from home, along with children going to school online, families have sought out houses rather than apartments, or moved to larger homes.

Yet that trend has run into a reluctance among many Americans to sell their homes — and have legions of potential buyers parade through their living rooms — during the pandemic.

The number of available homes collapsed nearly one-third by February compared with a year earlier, to just over 1 million, according to the National Association of Realtors. That’s the sharpest yearly drop on records dating back to 1982.

Higher mortgage rates may slow sales a bit in the coming months, but borrowing costs remain near historic lows. The average rate on a 30-year fixed mortgage rose to nearly 3.2% last week, the highest since June, up from 3.1% the week before. That’s still below the pre-pandemic rate of 3.5%.

Sales of new and existing homes fell sharply in February, mostly because of unseasonably cold winter weather and ice storms in Texas and other southern states. Yet existing home sales were still 9% higher in February compared with a year ago. 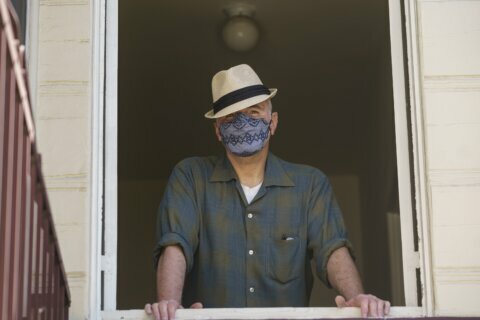