NEW YORK (AP) — White House senior adviser Jared Kushner said Tuesday the investigations into Russia’s interference in the 2016 presidential election “had a much harder impact on our democracy” than what Russia actually did.

Mere days after Americans read a redacted version of special counsel Robert Mueller’s report on the election meddling, Kushner minimized Russia’s involvement by describing it as “buying some Facebook ads to try to sow dissent.”

“Quite frankly, the whole thing’s just a big distraction for the country,” Kushner, the president’s son-in-law, said in a rare public appearance at the Time 100 Summit.

Kushner continued: “It’s a terrible thing, but I think the investigations and all the speculation that happened for the past two years has had a much harsher impact on democracy than a couple Facebook ads.”

Mueller’s report concluded that the Russian government interfered in the 2016 presidential election “in sweeping and systematic fashion” and that its efforts were designed to help Trump. Kushner, who has one of the most influential voices inside the White House, has at times been viewed as a moderating force yet he echoed his father-in-law’s hardline stance that the probe was hoax perpetuated by the president’s foes.

Kushner, in his first comments since the redacted version was released last week, said the Trump campaign spent far more on Facebook ads in a matter of hours than the Russians did over the course of the election.

“So if you look at the magnitude of what they did and what they accomplished, I think the ensuing investigations have been way more harmful to our country,” said Kushner, who helped lead his father-in-law’s upstart campaign.

Kushner was present in the June 2016 Trump Tower meeting with Donald Trump Jr. and campaign chairman Paul Manafort when a Kremlin-connected lawyer offered dirt on rival Hilary Clinton’s campaign. But Kushner said he texted an aide to get him out of the meeting because he found it unhelpful.

When asked Tuesday why the Trump campaign did not reject Russian attempts to get close to the campaign, Kushner said, “We didn’t know that Russia was doing what they were doing.”

“The notion of what they were doing didn’t even register to us as being impactful,” he said. “When the whole notion of the Russian collusion narrative came up, I was the first person to say ‘I’m happy to participate with any investigations.’ I thought the whole thing was kind of nonsense, to be honest with you.”

Shortly after Kushner’s interview, which was broadcast online, President Donald Trump took to Twitter to praise his son-in-law.

“Great interview by Jared,” the president wrote. “Nice to have extraordinarily smart people serving our Country!”

But Rep. Adam Schiff (D-CA), chairman of the House Intelligence Committee, linked Kushner’s comments to other White House efforts to belittle Russia’s involvement, tweeting “There is no patriotism in Trump’s GOP. Only cowardly opportunism.”

The FBI warned the Trump campaign in July 2016 that Russia would likely try to infiltrate or influence its election efforts. That month, Trump publicly urged Russia to find some of Clinton’s missing emails, a remark he later characterized as a joke. And that October, the U.S. intelligence community released a unanimous statement formally accusing Russia of being behind the hacking of the Democratic National Committee, a conclusion Trump repeatedly challenged.

White House spokesman Hogan Gidley said Tuesday the president has denounced Russian involvement “multiple times,” though Trump himself has repeatedly cast doubt on the conclusion that Russia was involved and has not publicly warned Moscow against interfering again in 2020.

Mueller wrote that the Trump campaign “expected it would benefit electorally from information stolen and released through Russian efforts.” But the special counsel said investigators concluded, “While the investigation identified numerous links between individuals with ties to the Russian government and individuals associated with the Trump Campaign, the evidence was not sufficient to support criminal charges.”

On other topics, Kushner said:

—The administration’s Middle East peace plan that he’s been working on would likely be unveiled after the Muslim holy month of Ramadan, which ends June 4.

—He would make his recommendations for an immigration plan to the president by the end of next week, after which Trump would develop a revamped proposal.

—Only “time would tell” if Saudi Arabia’s crown prince, Mohammad Bin Salman, with whom he has a close relationship, would change his ways in the aftermath of U.S. intelligence agencies’ conclusion that he ordered the killing of Washington Post columnist Jamal Khashoggi. 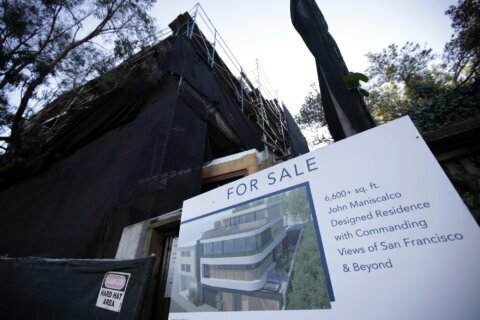 US home prices rise 2.9% in December on low rates, inventory 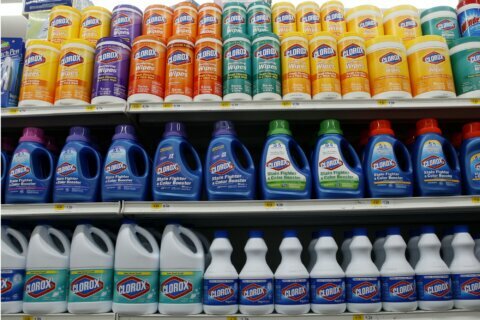