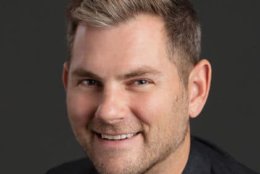 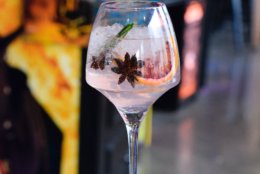 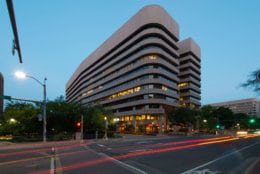 Freshman’s Mothersauce Partners restaurant group — whose restaurants include The Eleanor and Takoma Beverage Company — will open a new restaurant, bar and coffee shop at 2011 Crystal Drive called The Freshman in 2020. It will be a short walk away from where Amazon’s new National Landing offices will be, and will aim to keep its workers, and others in Crystal City, fed and caffeinated all day long and socializing into the night.

It is the first retail lease to be announced by developer and new Amazon landlord JBG Smith following Amazon’s announcement to locate half of its HQ2 headquarters in National Landing, the name developers have given to parts of Crystal City, Pentagon City and Potomac Yard where Amazon operations will be located.

The Freshman will take up 3,400 square feet at the JBG Smith-owned 2011 Crystal Drive, with seating for 120 and an additional 50-person outdoor patio.

Freshman says the aim is to create not only a place where rushed office workers can grab a quick coffee and something to go, but also a place where people can linger during the day and into the night with a heavy cocktail focus and full-service bar — and to serve on weekends, something that Crystal City sorely lacks.

Freshman is enthusiastic about the opportunities.

“The enthusiasm is not only ours, but also the neighborhood’s. And I think it’s because this feels like the first of many really great changes to a neighborhood that has been underserved for a long time,” Freshman, who also co-owns Spider Kelly’s in Arlington, told WTOP.

He does not expect the gradual arrival of Amazon’s workforce to have a huge impact for businesses in Crystal City in the near term, but believes the Amazon effect has already helped Crystal City — an area hit hard by 2005’s Base Realignment and Closure relocations — in other ways.

“I think what it will do, and what it’s already doing, is turning a spotlight on our neighborhood and showing other companies and other people what kinds of opportunities there are here, and I think that’s great,” he said.

While Amazon promises 25,000 jobs for the Northern Virginia region over the course of the next 12 years, the ramp-up will start with a few hundred jobs this year and begin growing in 2020.