One cemetery has already been destroyed and a second one is threatened by development in the historic farming community of Thoroughfare in western Prince William County, Virginia.
Listen now to WTOP News WTOP.com | Alexa | Google Home | WTOP App | 103.5 FM
(1/3) 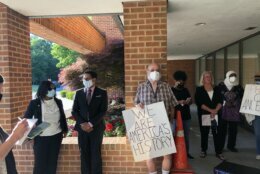 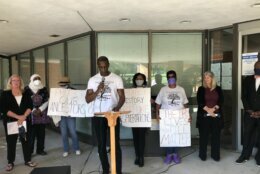 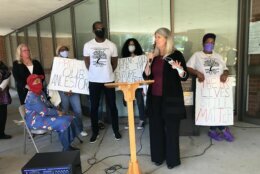 One cemetery has already been destroyed and a second one is threatened by development in the historic farming community of Thoroughfare in western Prince William County, Virginia.

But this time, the drive to preserve the heritage of the community founded by enslaved Americans who were freed and Native Americans is gaining some traction in the halls of county government.

“It’s a complete travesty what has happened out in the Thoroughfare community,” said Supervisor Peter Candland, who represents the Gainesville District, which includes Thoroughfare.

“I think Prince William County needs to take strong action to protect the gravesites that we know about to make sure this doesn’t happen again,” he said.

Candland and others members of the Board of County Supervisors stepped outside the county government Administration Center to find a small rally of Thoroughfare residents and their supporters demanding protection of the graves from development.

“The Scott Cemetery held approximately 75 to 100 graves. That grave site was bulldozed and desecrated … the second gravesite that we’re concerned about now … has approximately 30 to 40 graves,” said Frank Washington, a resident of Thoroughfare and an organizer of the Coalition to Save Historic Thoroughfare.

At the rally, Washington and other speakers cried out for help.

“We need to protect these important historical sites,” said John Steinbach of the Prince William County chapter of the NAACP.

Steinbach said that Thoroughfare, near Haymarket, was part of the land in Disney’s failed attempt in the early 90s to build a history-themed amusement park in Prince William County.

Candland said there should be no further development in Thoroughfare without a thorough investigation of the grounds.

“We need to have our county archaeologist go out there and to follow up the reports they have of additional gravesites, to make sure we know what’s on those sites before any development happens,” Candland said.

Board Supervisor Chair Ann Wheeler, alluding to the destruction of one gravesite in Thoroughfare, said the board should make sure it never happens again.

“I don’t look for someone to blame, but how can we make it right? I know this board, together, is committed to making the situation right and making sure that the people who haven’t had a voice … have a voice now,” Wheeler said. 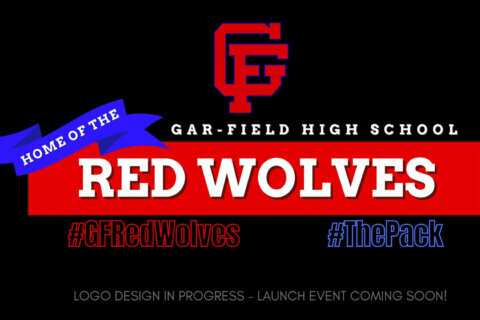