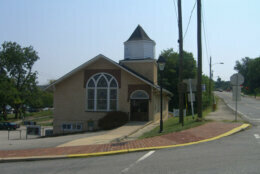 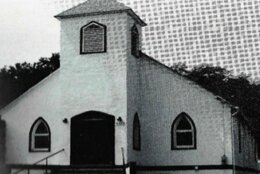 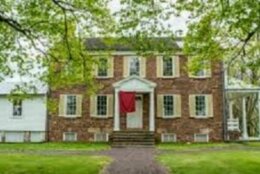 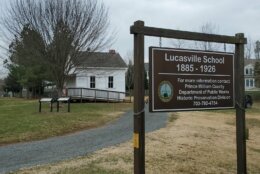 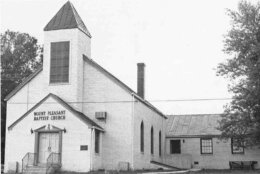 As the division manager for the county’s historic preservation division, Orrison used the brochure to promote Civil War events in 2011, which marked the 150th anniversary of the start of the Civil War. It featured 12 museums and historic sites.

But in 2019, Orrison revisited updating the brochure because the county had run out of copies. The county created a website and expanded the trail of historic sites, but once the coronavirus pandemic began, Orrison had to shift priorities.

The county revisited the project in December, with the goal of finalizing it for the start of Black History Month. The Prince William County African American History Trail, now open to the public, includes 20 locations that feature local, state and national parks, historic sites and area churches and communities.

“We started to take people to other parts of the county that weren’t just museums, but they were also communities and churches and cemeteries that represent the African American community here in Prince William, because you don’t have to go to the museum to learn history,” Orrison told WTOP.

“You can learn it in many different places,” he said.

All of the sites are open from sunrise to sunset and tour guides aren’t necessary, because all relevant materials can be accessed online. Orrison said.

There’s no particular order to follow when visiting the sites, which are located in several different parts of Prince William County.

Some of the museums on the trail have small entry fees, while others are free, Orrison said. He said the trail has been increasingly popular during the coronavirus pandemic because many of the trail’s highlights are outdoor and allow for social distancing.

Attendance for the sites he manages is up 15%, according to Orrison.

“This past fall, we were super busy with our outdoor historic sites and historic parks because, talking to people, they were looking to find a safe way to get outside, doing it socially distant, doing in a way they felt safe, but also feeling like they’re getting back to some kind of normalcy,” said Orrison.

The Settlement, an African American community established after the American Civil War and located next to Gainesville, is one of the trail’s highlights, Orrison said.

It was a small town of churches, dance halls, stores and houses that the county and state recently put on the National Register.

“The road that ran through The Settlement was called Carver Road,” said Orrison. “And a lot of people that live on Carver Road today trace their lineage right back to that late 1860s, 1870s community. They’ve been very active in the last two or three years to preserve their community,” he added.

Orrison recommends the trail’s Ben Lomond Historic Site, which is one of the only original slave quarters in Northern Virginia still standing. A year ago, before the coronavirus pandemic, the county created a virtual reality exhibit in the building to enhance the experience.

“We know some of the names of people that were living in that building,” said Orrison. “We tried to really use some new technology to try to engage the public in learning that story. That’s one of my favorites.”

The trail is one of several Black History Month activities the county has planned. On Feb. 13, it is hosting a children’s day that will feature African American Folktales, and on Feb. 20 it plans an event at Ben Lomond.

While the trail aims to highlight the county’s history, Prince William County said it has also taken steps to promote inclusiveness in recent months.

The Board of County Supervisors launched a Racial and Social Justice Commission and the county is working to develop an equity and inclusion policy.

“The tragic death of George Floyd and the events that follow throughout the nation have served as catalysts for communities to reflect on what they are doing and, most importantly, what they should do about inequities and disparities affecting people of color,” said Raul Torres, the executive director of the county’s human rights office.

“Prince William County has taken significant actions and is committed to addressing these inequities and disparities,” Torres added.