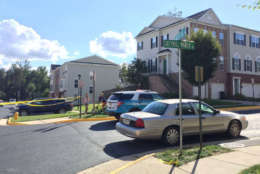 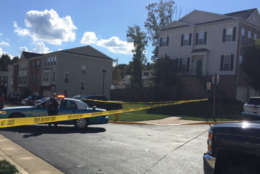 WASHINGTON — A Prince William County police officer responding to a report of a hostage situation in a Haymarket, Virginia, neighborhood shot a 15-year-old boy Friday morning after the teen brandished a crowbar and approached officers in a threatening manner, police said.

The shooting occurred in the 6800 block of Hartzell Hill Lane in Haymarket around 10:45 a.m. Police received a report that someone with a bomb strapped to his chest was holding a family member hostage, said Nathan Probus, a Prince William County police spokesman.

The teen was in front of the Hartzell Hill Lane residence with a crowbar when police arrived and then walked toward officers in a “threatening manner,” Probus said. The officers ordered the teen to drop the crowbar several times before one officer fired multiple shots, striking the teen in the upper body, Probus said.

The officer was not injured. Officers provided immediate first-aid care to the teen, who died at the scene, Probus said.

Police said the shooting remains under investigation. Probus said police did not recover any explosives from the home.

Hartzell Hill Lane has been closed for the police investigation, which has impacted school bus service for Battlefield High School, Reagan Middle and Haymarket Elementary School.

Parents are asked to meet their child’s bus at Market Ridge and Heights Way.

Officials get an earful at PW Digital Gateway listening session