Prince George’s Co. detectives search for clues they hope will lead them to a killer 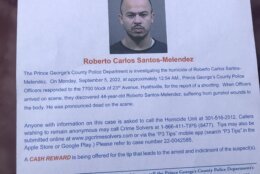 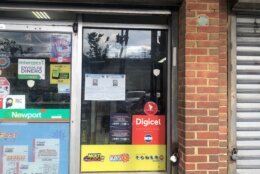 Prince George’s County, Maryland, homicide detectives returned to a Hyattsville neighborhood Tuesday, a day after a man was found shot to death.

They approached passersby and handed them flyers, printed in English and Spanish, asking for information that would lead to an arrest and indictment in the death of Roberto Carlos Santos-Melendez, 44. There is a reward for $25,000.

Detectives canvassed the Lewisdale area seeking the community’s help in any information they may have about the fatal shooting of 44-year-old Roberto Santos-Melendez by handing out flyers and speaking to citizens. pic.twitter.com/hJJly6H9yK

“Officers received a call for a shooting. They responded out to the 7700 block of 23rd Avenue where they found a deceased male in the parking lot,” said Cpl. Unique Jones, spokesperson for the Prince George’s County Police Department.

Santos-Melendez’s body was found in the parking lot of a convenience store. Detectives posted the flyer at the front entrance of the store and in the windows of neighboring stores.

As detectives canvassed the area, they could be heard telling people about the reward offered for critical information.

“No tip is too small. We’re really asking the community’s help here for any information to get a suspect,” Jones said.

The county is grappling with a rise in homicides, with 24 killings in August alone.