The crash happened in Largo on June 8 around 6:30 a.m. at Pookey Way and White House Road.

Police were trying to stop two vehicles for traffic violations when both drove off. One driver crossed the road’s double yellow lines and hit another car head-on nearby, Police Chief Malik Aziz said at the time of the crash.

The driver whose car was hit died at the hospital around 9:30 a.m. He was later identified as Jonny Morris, 66, of Brandywine.

Lorenzo Dwayne Day, 22, of Upper Marboro, hit Morris, according to police. He was also taken to the hospital with non life-threatening injuries.

Footage from the officer’s dashboard camera, released by the Maryland State’s Attorney Office, can be watched on YouTube.

No charges have been filed and state police are still investigating the crash.

Police didn’t say whether they’d identified the other driver involved in the police pursuit whose seen in the video driving away from the accident.

Anyone with information about the crash is asked to contact the Office of the Attorney General at 410-576-7070 or by emailing IID@oag.state.md.us 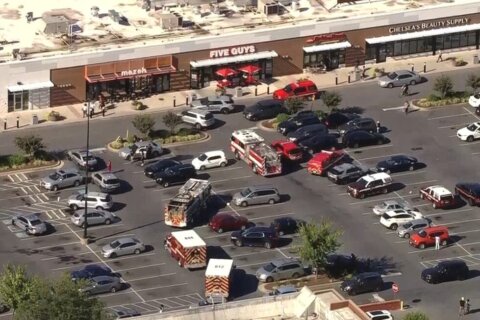