The Parkdale High School baseball team is trying to look forward after its dugout was burned to the ground and their home field.
Listen now to WTOP News WTOP.com | Alexa | Google Home | WTOP App | 103.5 FM
(1/7) 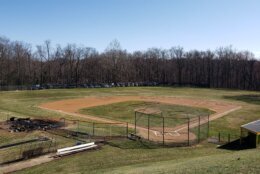 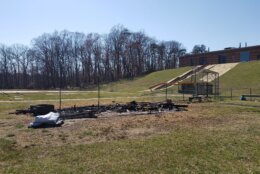 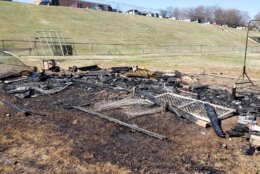 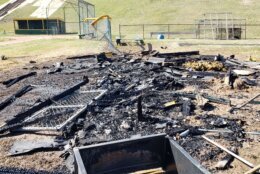 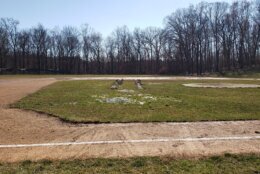 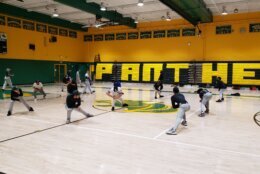 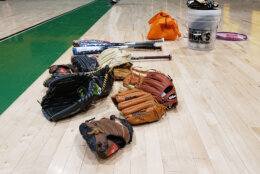 As the sun beamed down on Riverdale, Maryland, after school one day earlier this month, Parkdale High School senior Jabari Michael put on his baseball cap and began to stretch. However, instead of wearing his cleats onto the baseball field at Parkdale, the senior kept his tennis shoes on and started to jog on the hardwood of the basketball court.

With days remaining before the start of the high school baseball season, Michael and his Panther teammates are stuck inside the gym for preseason workouts after a fire burned their home dugout to the ground leaving the squad with a damaged field and no equipment.

“We’re pretty mad,” Michael said when asked about the team’s predicament. “We got to practice in the gym, but we got to do what we got to do.”

As Prince George’s County investigators figure out what caused the fire, the Parkdale baseball team is receiving support from the region’s baseball community to help them spring forward and perhaps play on their home field at least once this season.

The fire began just after 2 p.m. on March 8 at the baseball field, at the bottom of a hill next to the high school.

Athletic Director Brian Moore said he was first alerted by the school’s tennis coach. By the time he arrived at the field, the dugout was “fully engulfed in flames.”

Prince George’s County fire crews drove to the third base line to fight the fire through an access road behind right field. Nobody was hurt during the incident. A spokesperson for Prince George’s fire said the damage caused by the fire is estimated at $10,000.

A fire department spokesperson said the investigation is still ongoing, and fire investigators who were at the scene are going through all possibilities for the cause of the blaze.

The field was also damaged in the incident after muddy conditions caused the fire truck to get stuck. Moore said the truck needed to be towed out before fire crews left the school, leaving behind ruts “about a foot deep” in the left side of the infield.

It’s the second incident at Parkdale involving its outdoor athletic equipment this school year, Moore added. In the earlier incident, a group of students broke into the equipment shed and damaged some of the items inside, including puncturing the school’s utility vehicle tires.

“This was probably the most egregious act I’ve ever seen,” Moore said.

“It kind of makes me mad to imagine that our home dugout got burned,” said Michael, the team’s second baseman and pitcher. “And this is horrible. It’s a horrible feeling.”

Head coach William Poulakos said he was teaching U.S. history when a student showed him a photo of the fire posted on social media. By the time he arrived to the field, he had found the dugout “in ashes.”

Poulakos said his team has dealt with a lot of adversity in the past five years, including the shooting death of one of its former players and flooding issues with their home field.

“We’re like a family,” Michael said. “We bond together and we work hard for everything we get because frankly, we don’t have that much. So for somebody to do that, it really hurt.”

Meanwhile, the county’s baseball community have stepped up to help the Panthers. Poulakos said the team received equipment from three college baseball programs — University of Maryland, UMBC and CCBC Essex.

Several of the area’s high schools, including county rivals Bowie, private school St. Vincent Pallotti in Laurel, Huntingtown and Patuxent in Calvert County, and Severna Park in Anne Arundel, brought over extra gear to help Parkdale get back to playing ball.

“People have been stepping up … voluntarily coming up to me and the team and asking us what we need,” Poulakos said. “And that’s been really, really helpful and to know that the community is there for us — that’s been great to witness.”

“This is a blessing,” Michael said. “At first, I didn’t think [anybody] was going to help us. But I’m just so grateful that people actually stepped up and help us.”

One of the team’s assistant coaches, Steve Lozano, attempted to make a GoFundMe page to help the team collect funding for new gear. The fundraiser raised $3,850 but a school district rule bars schools from affiliating with online fundraisers. While the school was not involved in the GoFundMe, Lozano still plans to used the money raised to help the team, Moore said.

Parkdale is accepting donations for the baseball team in person.

Moore said people who want to donate can come to the school’s main office and drop off a cash or check donation earmarked to Parkdale Athletics and the baseball team. The money will go directly to the program’s account. Checks can also be mailed to the school at 6001 Good Luck Rd, Riverdale, MD 20737.

Prince George County Public Schools offered to pay for extra equipment as well, and are working with the school to figure out what needs to be replaced, Moore said.

The Panthers are currently continuing their preparations for the start of the spring sports season on March 21 inside the school’s gym. Moore said his priority is getting the team a field to practice on and may have to reach out to schools, such as Greenbelt Middle School, to use their outdoor facilities.

When asked about the likelihood of the Panthers playing at home this season, Moore said it was 10% or less. Because Parkdale has an all-grass field, weather conditions would have to be dry so work can be done on the infield.

Along with getting crews down to clean up the remains from the fire, the best and earliest estimate for a first pitch at the Riverdale high school would be mid-April.

“It would be easy for me to redo my schedule and just tell everybody that we’ll play away, but that really doesn’t help the JV either, because usually when the varsity is away, the JV is home,” Moore said. “So we’re still in the quandary.”

Meanwhile, Poulakos remains optimistic, saying that many people have offered to fix the infield. Once the former dugout is cleared away, the coach hopes his team can have the chance to return to the field they call home.

“We’re a resilient group of group of players and coaches … we’re family and we’re really coming together,” Poulakos said. “And even now, we have students that want to play baseball. And come spring, just like it’s always been, baseball is really the talk of the school.” 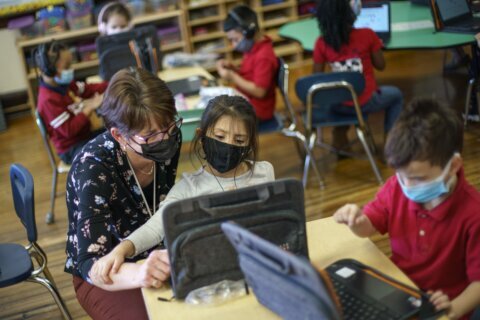 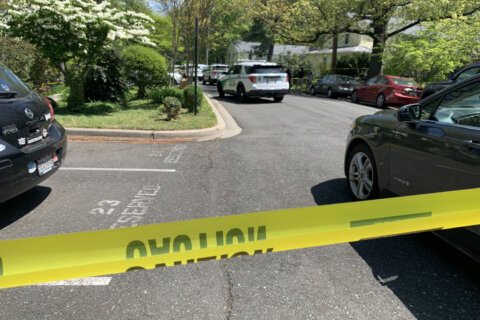