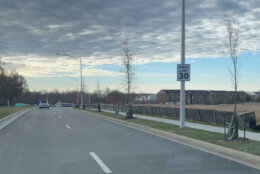 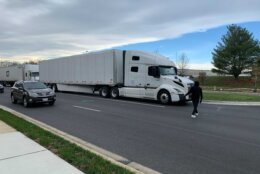 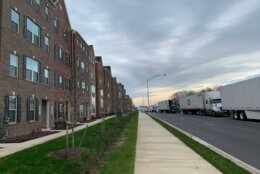 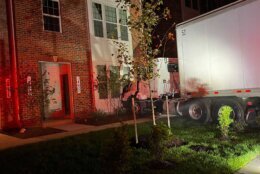 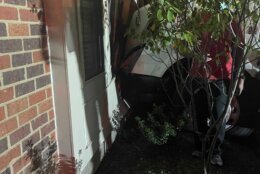 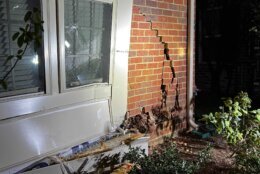 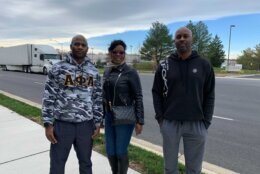 The streets in a Prince George’s County, Maryland, neighborhood are clearing after hundreds of tractor trailers filled the streets.

Residents in the Timothy Branch neighborhood, in Brandywine, said shortly after 9 a.m. Friday that the trucks, filled with holiday mail, were moving again. The trucks had formed a line that residents said stretched for miles, leading to accidents as well as dangerous conditions for pedestrians.

Resident Rita Robinson called it “the most wonderful thing.”

She added, “Safety and peace has been restored to my neighborhood. Today is a wonderful day.”

The trucks had been waiting to enter a warehouse that has been leased temporarily by the USPS to handle the increased demand seen during this time of year.

In a statement to WTOP Thursday, Freda Sauter, a spokeswoman for the Postal Service, called it a temporary backup at the facility, which has been caused by a “sudden and significant increase” in trucks headed to the facility.

She said that several alternative areas have been identified to stage waiting trucks, adding, “We remain mindful of customers who live in the immediate vicinity and appreciate their patience and understanding,” Sauter said.

The word “customers” didn’t sit well with Robinson. “It makes me feel like you look at us as a product,” she said, calling the choice of words “a little disturbing.”

Still, she said, “it’s great that they’re out of the neighborhood.”

Robinson said the trucks were “lined up on Route 301 and headed northbound. … They’re on the shoulder and turning on to Missouri Avenue.”

That meant a few trucks at a time were still in the neighborhood, waiting to turn in to the facility, “and that’s to be expected,” Robinson said. “That’s acceptable.”

The situation wasn’t acceptable on Thursday.

“As a community, we have to come outside and stop the trucks, to make sure that the kids can cross the street safely,” said Demarques Coleman.

Dwayne Defreitas said the trucks were in place at all hours of the night and day, and that truck drivers can be heard arguing with one another and seen trying to cut each other off.

There have also been accidents involving cars driving through the area and the trucks. One of those accidents sent a truck into the front wall of Aisha Waddy’s house early in the morning on Oct. 9.

“It has been extremely scary; all we think about is something like this happening again,” Waddy said.

Harrison said everyone is understanding of the task at hand for the Postal Service to keep up with demand, but believes there needs to be more communication with the community about the situation.

This is the second year the Postal Service has used the facility, but residents say the truck traffic this year has more than doubled from what was seen in 2020. Even with the attention given to the situation, Harrison said he hasn’t heard any talk about the Postal Service not returning in 2022.

“What I can say is there are ongoing discussions to make sure that the community is well represented, and that situations like this don’t happen in the future,” Harrison said.

Robinson hoped for the same thing. The community came together, and got attention for their plight, but she hopes the postal service will keep them in mind next time.

“We want the logistics sector to be good neighbors,” she said. “Just bring us to the table.” She added, “They’ve haven’t come to us directly, though we’ve come to them directly.”