Coronavirus News: Fairfax Co. votes to increase substitute teacher pay | Is it time to get a COVID-19 booster? Which one? | Local cases of COVID-19 | How many in DC region are vaccinated?
Home » Prince George's County, MD News » New grocer brings healthy…

Residents are welcoming a new grocer in the Seat Pleasant neighborhood of Prince George's County, Maryland, with open arms, because the store is the first full-service grocery shop to have its doors open in the neighborhood since 2016.
Listen now to WTOP News WTOP.com | Alexa | Google Home | WTOP App | 103.5 FM
(1/8) 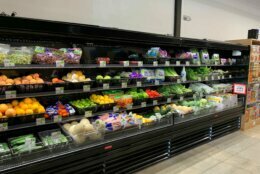 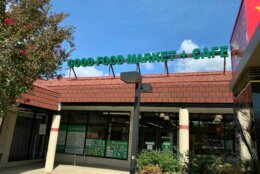 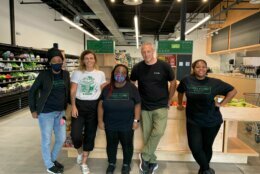 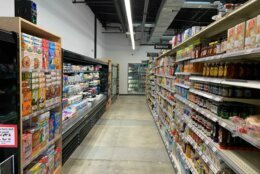 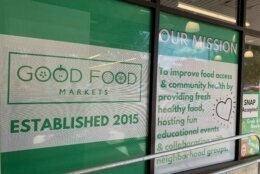 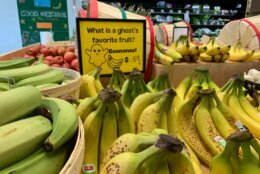 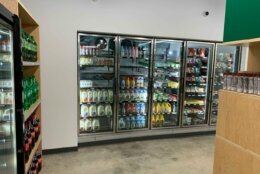 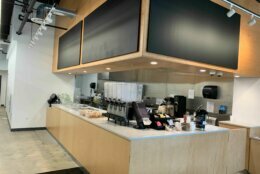 Residents are welcoming a new grocer in the Seat Pleasant neighborhood of Prince George’s County, Maryland, with open arms, because the store is the first full-service grocery shop to have its doors open in the neighborhood since 2016.

“Our mission is to improve food access and community health,” said Philip Sambol, executive director of Oasis Community Partners, the nonprofit behind the store.

When shoppers enter Good Food Market and Cafe’s location in the Addison Plaza Shopping Center, they are greeted with displays featuring fresh produce and three aisles with many staples, including plant-based meats.

This is the second store for the organization, which is placing its stores in underserved communities that don’t have easy access to grocery stores.

“There’s no fresh food retailer within a mile of this store, hence making it a USDA-designated food desert,” Sambol said.

The store is located in a location that once housed a Safeway, which closed in 2016. Sambol said the Seat Pleasant shop is OCP’s second location in the region, with its first located in D.C.’s Ward 5.

Sambol said there is a need for such a store in Seat Pleasant, because the community has many seniors and 30% of people who live in the neighborhood don’t have access to cars.

“I love it, we needed something like this in the area,” said Donna McCain, who lives nearby. She is happy to once again have a grocer that’s a short walk from her home.

Sambol said after the D.C. location opened, some said the concept of putting stores in underserved communities wouldn’t work because of the cost of fresh foods and security concerns. However, he said, it was instead a success.

The Seat Pleasant store is much smaller than a typical grocer, and Sambol said that was by design, because their concept revolves around small store formats.

“It’s less expensive to build, it’s more efficient to operate and really what we focus on is packing more products per square foot so that we can make a full-service offering in a smaller space,” he said.

In addition to selling groceries, the store also is partnering with the community to teach people about eating healthy. This includes an online cooking class with a local YMCA, in which the ingredients are delivered ahead of the class to homes of those taking part.