Members of the Prince George's County, Maryland, community gathered in a rally to ask school board members to end their disputes and focus on what's best for the students.
Listen now to WTOP News WTOP.com | Alexa | Google Home | WTOP App | 103.5 FM
(1/4) 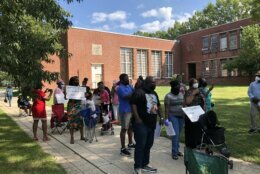 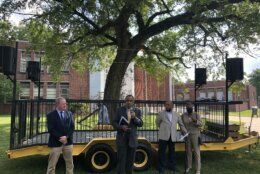 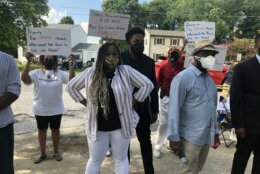 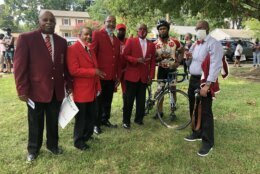 Prince George’s County, Maryland, pastors, retired school system teachers and principals, community leaders and members of the business community came together at a Monday afternoon rally demanding that the school board resolve its differences for the sake of the children who are set to return to school in the fall.

The four appointed and nine elected members of the Prince George’s County Board of Education are at odds, with ethics charges flying and many of the elected members facing the threat of removal from office.

“The only power move that needs to be happening by the school board is empowerment of our children … and we have to make sure to come together to say enough is enough,” said Rev. Tony Lee of the Community of Hope AME Church in Hillcrest Heights.

The rally took place outside the Board of Education headquarters, and it drew nearly a dozen members of the 110-year old Kappa Alpha Psi fraternity, whose brothers said that the board must end its dispute and focus on the children’s education.

“We just want to make sure there are no distractions in terms of the students getting back to school and getting back on track and navigating through the pandemic,” said Kappa brother David Janifer.

Some of the participants in the rally said the school board should release the findings of a citizen’s ethics panel report involving several members of the board.

“I know there are a lot of issues; we want to focus on this one issue — make this ethics report public, and once we get it public, I think we’ll settle a whole lot of problems,” said Pastor Anthony Maclin with Sanctuary at Kingdom Square.

Repeatedly, rally speakers warned against the consequences for children and the school system from repeated reports that the school board had fallen into dysfunction.

“When I went to that voting booth, I didn’t check dysfunction. What I checked was people who were going to work for the business of our children,” said David Harrington, head of the Prince George’s County Chamber of Commerce.

“Honestly, it just seems like petty infighting. Watching them makes absolutely no sense. I sat in on a Zoom call, and it was almost like watching a kindergarten class,”  Rashad Lloyd said.

Lloyd demanded that the board back off its threat to remove some of the elected members from office.

“People who sit on the board, who have not been elected, are trying to remove people who have been and that right there is a hard no from me,” Lloyd said.