A man is dead after he was stabbed in an alleyway in Hyattsville, Maryland, on Saturday.
Listen now to WTOP News WTOP.com | Alexa | Google Home | WTOP App | 103.5 FM

A man died after he was stabbed in an alleyway in Hyattsville, Maryland, this weekend.

The stabbing happened around 5:30 p.m. Saturday along Ager Road near Hamilton Street, according to a Hyattsville City Police Department release.

Crime Report: This afternoon, HCPD officers responded to a call of a cutting in an alley on the 5400 block of Ager Rd. and found a man w/ multiple knife wounds. He later died at the hospital. Per standard procedure, PGPD Homicide is investigating.

Officers found the victim suffering from multiple knife wounds and immediately worked to save him, the release said.

Paramedics then took the man to a hospital where he later died.

Police have no lead yet on what caused the stabbing, but the Prince George’s County Police Department is investigating the incident as a homicide. 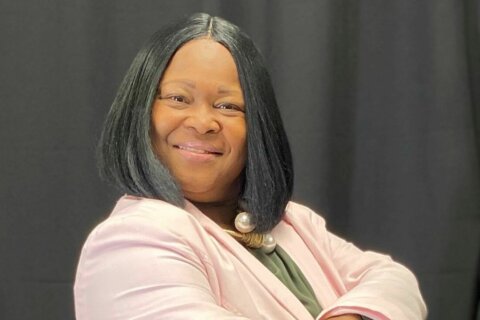