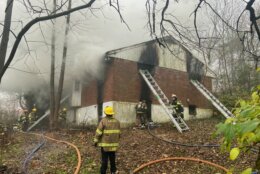 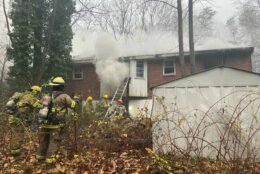 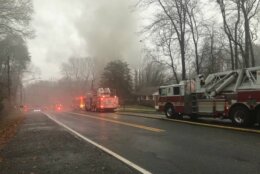 Kowalski was recovered from his home in the 16000 block of Bond Mill Road, after an hourslong blaze that caused the floor to cave in.

The cause of the $345,000 fire in the cluttered home has yet to be determined.

Fire and rescue units from Prince George’s, Montgomery, Howard and Anne Arundel counties were dispatched to the Laurel address for the fire around 7:30 a.m. Tuesday.

Montgomery County firefighters arriving first to the scene found flames billowing from the one-story single-family home, and that part of the first floor had collapsed into the basement.

Efforts to put out the fire were hampered by what a Prince George’s County news release described as “excessive storage conditions throughout the home,” as well as the crumbling floor. Fearing a total collapse, crews were ordered to evacuate the house and continue their work from the outside.

The country fire marshal is conducting an investigation into Kowalksi’s death together with the Prince George’s County Police Department’s homicide unit. Detectives do not currently suspect foul play.

Three Prince George’s County firefighters were taken to a hospital during efforts to contain the fire. All were discharged after evaluation.