Velez takes over as the county conducts a nationwide search to replace Hank Stawinski, who abruptly resigned Thursday.

That resignation came amid reports of racial bias within the department.

Velez — a Brooklyn, New York, native — has been with the Prince George’s County police department for over 26 years, serving in a number of leadership roles leading to his appointment as assistant chief.

A report spearheaded by the American Civil Liberties Union on behalf of 13 officers of color painted a picture of systemic racial bias within the department.

The NAACP of Prince George’s County called for a vote of no-confidence in Stawinski’s leadership hours before he tendered his resignation.

Alsobrooks said that the decision to seek new leadership was one that she had been considering for several months, and that the report held no bearing on her decision.

She thanked Stawinski for his time on the department, and praised the progress he made with the community in his four years as chief.

The nation has entered a “new season,” she said, and change would need to come as a result of it.

“We have challenges very similar to those that are woven across police departments across this nation,” Alsobrooks said. “And unfortunately these challenges — some of them are painfully familiar to me and others who grew up in this community that we all love so much. And although difficult and sometimes frustrating, I want you to know our challenges are not insurmountable.”

“Today marks a new day in Prince George’s County: As we reflect on the challenges and opportunities ahead of us — we have a choice to make,” Braveboy said. “We have an opportunity to model a world-class justice system that promotes the safety and security of our communities while guaranteeing the constitutional and civil rights of our residents be protected.”

Neither Velez nor Alsobrooks would comment on the accusations made in the report, saying that they would not discuss pending litigation, but both said they were committed to working with outside consultants to review department practices and make systemic changes where needed.

Alsobrooks also said she would find new avenues for training and equipping the department to handle matters that were not violent crimes, noting that a recent study showed that 70% of those brought into a police precinct in Prince George’s County tested positive for drug use, and that a third of those arrested suffered from a mental illness.

Editor’s note: A previous version of this story stated Hector Velez had been with the Prince George’s County police department for 22 years. Velez started with the department in 1994, and has served with them for 26 years. 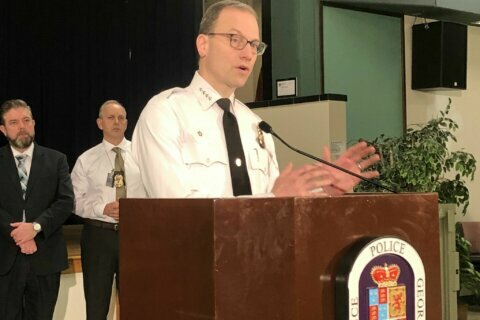