A judge made the decision to drop the most serious charge against ex-officer Martique Vanderpool during a preliminary hearing Monday.

A first-degree rape charge against a former Fairmount Heights, Maryland, police officer accused of sexually assaulting a woman after a traffic stop has been dropped.

A Prince George’s County District Court judge made the decision to drop the most serious charge against ex-officer Martique Vanderpool during a preliminary hearing Monday.

Vanderpool has been released from custody, but he still faces five additional charges, including second-degree rape, third- and fourth-degree sex offense, second-degree assault and having sexual contact with a person in the custody of a law enforcement officer.

Investigators said Vanderpool arrested a woman during a traffic stop in Capitol Heights in September, took her to the police station and demanded sex in exchange for setting her free. The woman complied, after which Vanderpool wrote her several citations and then drove her to an impound lot to pick up her car, according to investigators.

That investigation began after Fairmount Heights police Chief Stephen Watkins said he asked the Prince George’s County Police Department to investigate Vanderpool after receiving a question about an arrest that raised suspicions of wrongdoing.

Fairmount Heights is a small town of about 1,500 people along the southeastern D.C. line in Prince George’s County.

The ex-officer is due back in court in February. 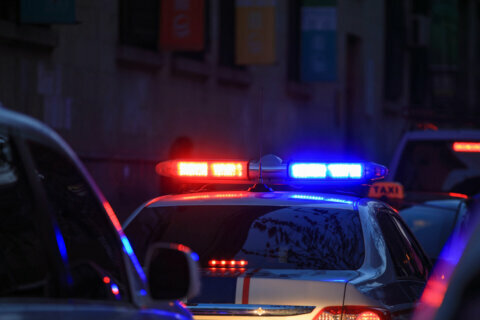