"This wasn't just Cheverly," said the town's mayor. "There was an odor that extended across parts of D.C. and parts of Prince George's County."
Listen now to WTOP News WTOP.com | Alexa | Google Home | WTOP App | 103.5 FM

Town officials in Cheverly, Maryland, are working to determine the cause of a noxious odor that swept through the area late last week.

The small town has been getting a lot of attention since it released a statement saying it was investigating several complaints from residents, but Mayor Laila Riazi said the problem stretched far beyond the town’s borders.

“This wasn’t just Cheverly,” Riazi said. “There was an odor that extended across parts of D.C. and parts of Prince George’s County.”

The odor was reported last Friday, into the early part of the weekend.

Officials with the D.C. fire department attributed it to a junkyard in Prince George’s County, but Riazi said there could be other factors that need to be investigated.

“So far, there is not a consensus as to the source,” she said. “Our goal is to do the behind-the-scenes work necessary to find out the facts and to take proper action.”

Riazi reported the issue to the Maryland Department of the Environment, and the town has been coordinating with utilities, including Washington Gas, the Washington Suburban Sanitary Commission and Pepco.

“This certainly wasn’t acceptable,” Riazi said. “We are continuing to do everything we can to figure out the source of this, to judge what actions need to be taken, to prevent this from happening again. We are committed to not staying silent.”

The Maryland Department of the Environment sent an inspector to Cheverly on Thursday to look into the report. A spokesman for the agency said the “inspector did not note any unusual odors at that time and we have not identified a potential source.”

The spokesman added that the agency plans to return to Cheverly next week and on a regular basis, if needed, to investigate any ongoing concerns.

According to the town’s statement, the odor was so strong that it woke people up in the middle of the night, and was causing people to gag and experience a burning sensation in the back of their throat.

“We take the matter of our air quality and impacts to our community’s health very seriously, and are closely following the situation,” town officials said in their statement.

Cheverly, which has a population of about 6,000 people, is located in western Prince George’s County, Maryland, a mile from the D.C. border. 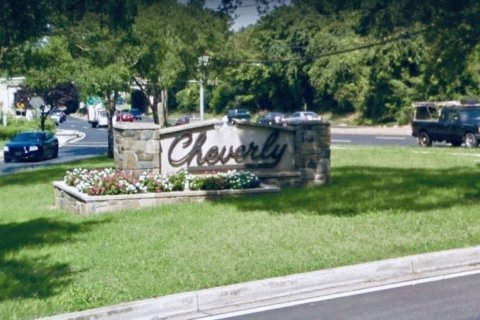 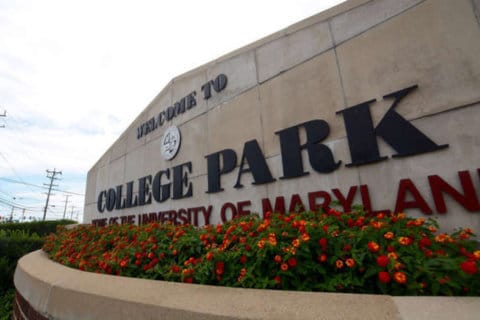