Holidays: 'Enchant' shines with millions of lights in Nats Park | Where to see holiday lights | Send in photos of decorations | How to give greener this season
Home » Prince George's County, MD News » Hyattsville residents get 'space…

The community around Hyattsville, Maryland, is reeling after a very public fatal police shooting of a man near the Prince George’s Mall on Thursday. Now, city leaders are organizing a meeting to take questions.

Moments before police said 49-year-old Leonard Shand charged them, armed with knives, he was reportedly yelling in the middle of an intersection about embracing death. Police said 10 officers fired their weapons, killing Shand; six of those officers were with Hyattsville police.

Prince George’s County police released the names of the officers involved in the shooting from its department the following day. Shand did not have a permanent address, police said.

“I know that our residents will want to talk and have the space to be angry, the space to voice frustrations, all of that, and we need to create that space, even though we are still building up an active investigation,” said Hyattsville Mayor Candace Hollingsworth.

“It’s important for me to acknowledge that a man lost his life … and lost lives are not lessons, but there’s a lesson in every moment,” Hollingsworth said.

She added that she was also struggling with how to process the shooting in her community and has heard strong reaction from neighbors.

Hollingsworth is anticipating many questions from community members when she, police Chief Amal Awad and other city leaders hold an open forum on Tuesday, Oct. 1.

“Where we are, what we know, what we don’t. I am anticipating many questions about what our training is for officers, how it was used or deployed … and a particular area where I have heard some feedback already is around engagement of mental health professionals,” she said.

A kids’ room is planned to be set up so that parents who have children can attend the meeting, Hollingsworth added.

Man ‘armed with 2 knives’ tasered, then killed when he charged officers in Hyattsville: police 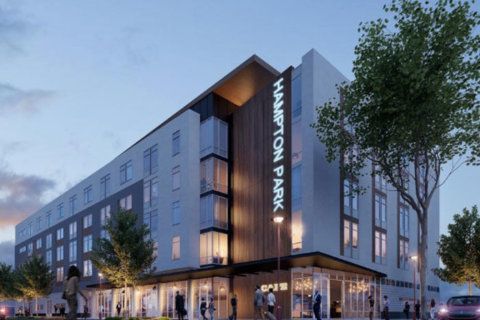