Teenage boy dies after being hit by car near Bowie, Maryland

A 14-year-old boy died Saturday after being struck by a car while out jogging near Bowie, Maryland.
Listen now to WTOP News WTOP.com | Alexa | Google Home | WTOP App | 103.5 FM

A 14-year-old boy died Saturday after being struck by a car while out running near Bowie, Maryland.

Police responded to reports of a crash involving a pedestrian at the intersection of Church Road and Fairview Vista Drive at around 1:30 p.m.

The victim, identified as Kamal Nashid, 14, of Goodloes Promise Drive in Bowie, was transported to an area hospital with critical injuries and died a short time later.

“Georgetown Day School is deeply saddened by the heartbreaking news that rising 9th grader Kamal Nashid was struck by a car and killed on Saturday, June 15,” Alison Grasheim, director of communications at Georgetown Day School, told WTOP in an email.

“Kamal was a wonderful young man and a cherished member of the GDS community. Our time and focus at this time are on supporting the Nashid family, as well as making resources and support available to other members of the Georgetown Day School community, including grief counseling and community outreach,” she added.

Witnesses said that Nashid was out running and ran into the crosswalk before southbound traffic on Church Road had come to a stop.

According to preliminary findings, police believe the teenager crossed one lane of traffic in front of an unidentified red pickup and was then struck by a car in the second lane.

Investigators are looking to speak to driver of the pickup truck to assist in their investigation.

The Prince George’s County Police Department’s Collision Analysis and Reconstruction Unit is asking anyone with additional information on the incident to call 301-731-4422. 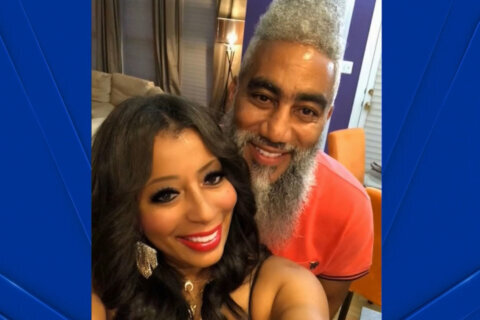