The resort's statement clarified that the deaths took place at two different hotels and, to date, there is no indication of any correlation between their deaths.
Listen now to WTOP News WTOP.com | Alexa | Google Home | WTOP App | 103.5 FM

The Dominican resort where a Prince George’s County couple and a Pennsylvania woman died within five days of each other released a statement Tuesday addressing their deaths.

Bahia Principe Hotels & Resorts tweeted their statement, which aimed to clarify some details from the pending investigation.

In response to the information that has been circulating in different media outlets
regarding the two unfortunate events in the Dominican Republic, Bahia Principe
Hotels & Resorts would like to clarify the following: pic.twitter.com/Pg8QFmaq1L

The cause of death for Miranda Schaupp-Werner, 41, of Pennsylvania, was determined to be a heart attack, according to the statement. Schaupp-Werner was found unresponsive in her room on the same day she checked into her hotel.

Her death was not determined to be suspicious, so toxicology report was not run.

The resort’s statement clarified that the deaths took place at two different hotels and, to date, there is no indication of any correlation between their deaths.

The resort released an updated statement Thursday with information from the attorney general’s preliminary report, saying that the couple each suffered from pulmonary edema as well as other ailments.

The statement went on to say that “providing a safe and welcoming environment for travelers” is at the heart of the resort’s values.

“We are a hotel brand with the largest number of rooms in the Dominican Republic, accommodating nearly 700,000 guests per year. We hold some of the most prestigious certifications in the tourism industry.”

Earlier this week, a State Department official spoke to ABC about the deaths of Day and Holmes.

“We offer our sincerest condolences to the family on their loss.” 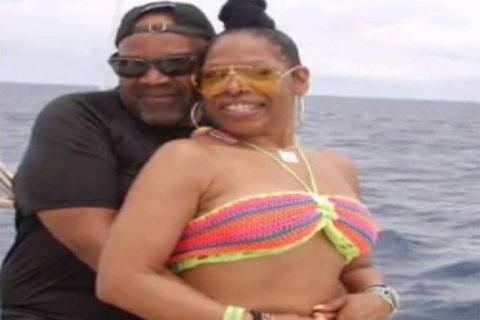