A Prince George’s County, Maryland, man who applied to become a volunteer firefighter has been sentenced to 30 years for first-degree arson.

State’s Attorney Aisha Braveboy announced Tyree Donnell Torney’s sentence Friday at a news conference. Braveboy said 30 years is above the recommended guidelines, but he will serve eight years of the sentence in jail, as he does not have any prior convictions.

Torney, then 19, was arrested in February 2018 for starting a fire at Suitland High School when there were students and staff present in the building. During the course of the investigation, he admitted to setting two other fires.

He started a fire in a town house in Upper Marlboro on June 10, 2017, at the home of his former girlfriend. At the time of the fire, there were four adults and one infant sleeping inside the house. The residents were woken up by the family dog.

On May 2, 2017, Torney admitted to setting fire on a bridge on Stretford Way in Hyattsville.

Tiffany Green from Prince George’s County Fire and EMS said that Torney applied to become a volunteer firefighter but did not successfully complete the background and application process.

Torney submitted his volunteer firefighter application on Feb. 5, 2017, and he was a probationary member of the Glenn Dale Volunteer Fire Association, according to a news release.

Green said that the fire department is reviewing its internal processes and procedures, specifically its ride-along program and volunteer background and application process, due to this case. 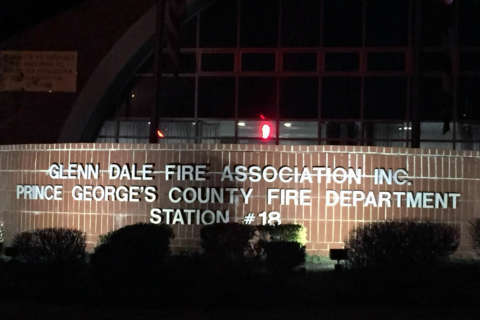