Man’s death in Landover was result of self-defense, police say

A man who was killed last month in Landover, Maryland, died after an act of self-defense, police said Friday.

A Prince George’s County police investigation revealed that around 9 p.m. on April 22, Tauron Williamson, 23, of Oxon Hill, and Tyron Wheeler, 22, of Northeast D.C., were trying to rob two other men on 75th Avenue in Landover.

Police said Wheeler had a gun during the robbery and shot one of the victims, who was listed in critical condition.

The second robbery victim fought back and struck Williamson in the head with a rock, police said. Williamson died from his injuries on April 25.

It was initially believed that Williamson had also been shot, but a later autopsy determined that his injury was solely the result of being struck in the head with the rock, police said.

Police have determined that the second robbery victim was acting in self-defense when he struck Williamson.

Wheeler is charged with attempted murder, armed robbery and related charges, and is in the custody of the Department of Corrections on a no-bond status.

Detectives are working with the Prince George’s County State’s Attorney’s Office regarding this investigation. 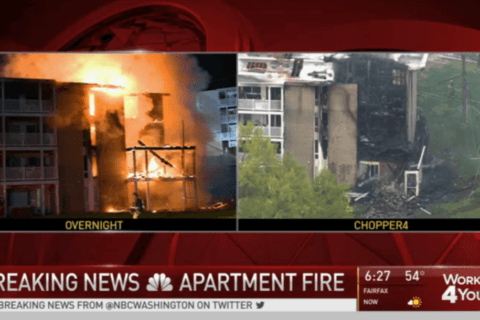