Most students in shop class may learn how to build bird houses, ornamental boxes or tool totes, but a team of students in Prince George’s County, Maryland, has constructed a furnished home that’s ready to live in.

The 5,000-square-foot house at 7804 Lusby’s Turn in Brandywine has four bedrooms and three and a half bathrooms over three levels, including a partially finished basement and a two-car garage.

“This is just wonderful,” said Sonya Williams, a member of the Prince George’s County Board of Education. “From the foundation to the drywall, the brick, plumbing, electrical, HVAC … the paint color, the interior design, the security — everything — students have a hand in putting this together.”

Students from 10 Prince George’s County schools participated in the project, which was sponsored by FACTS, the Foundation for Applied Technology for Students. 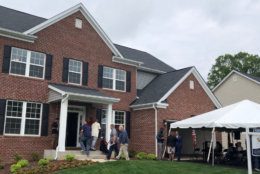 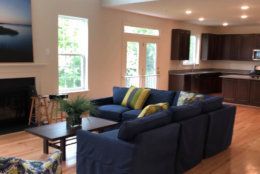 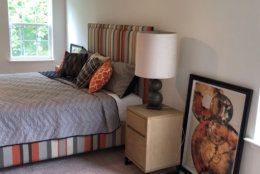 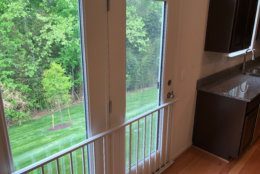 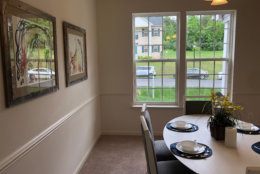 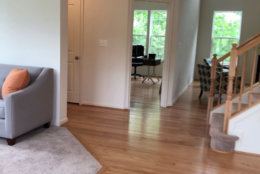 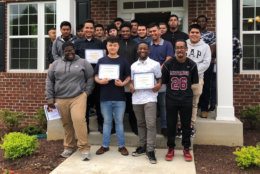 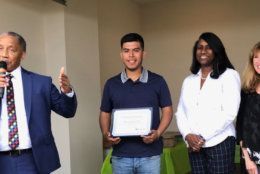 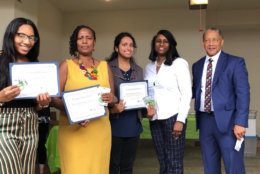 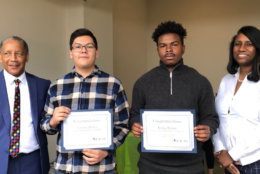 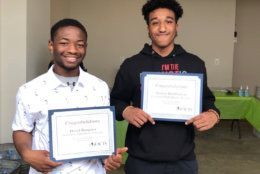 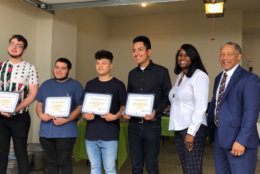 “It’s really hard work and it takes dedication,” Bladensburg High School senior David Bangura, 18, said. “It takes dedication for someone to commit to being a construction worker. It’s no game.”

Standing in the basement of the house he helped build, Bandura expressed pride in the accomplishment. “I built this from scratch,” he said. “If I’m [feeling] down or anything, I can look back on what I did.”

He said he now responds to critics who say he can’t do anything with, “But yet, I built this house, and you didn’t build it.”

Alexis Vivar Vargas, 18, another Bladensburg senior, is planning to pursue a career in carpentry but said he’s also open to becoming an electrician.

He said construction work is harder than people might think. “I learned a whole bunch of things which I didn’t know before,” Vivar said. “And, also, we could use it in the real world: Let’s say we live in a place and we gotta fix it, then we can fix it ourselves.”

The students who participate in the program have resumes and are meeting with interested businesses about jobs. Some, such as Vivar and Bangura, have been called back for second interviews.

“Telling us, when can we start? We tell them we can start right away; we just got to finish high school first,” Bangura said. “High school first. Right,” Vivar added.

The house on Lusby’s Turn marks the 43rd home FACTS has helped Prince George’s County students build since the early 1980s. And the student teams aren’t through yet.

“This is our second house in this subdivision; we have four more lots, and we are already getting ready to put in our third house here,” said Amy Rock, the county’s instructional specialist with career and technical education.

People with the program don’t use the phrase vo-tech — short for vocational technical training — to describe this endeavor.

“These are careers that are going to lead to high-paying, high-skill jobs,” Rock said. “These are highly skilled jobs and highly competitive.”

The plan to capture, return the zebras still loose in Prince George’s County