Some school board members in Prince George's County are standing behind NFL quarterback Colin Kaepernick, urging the Washington Redskins to give him a chance to get back in the game.
Listen now to WTOP News WTOP.com | Alexa | Google Home | WTOP App | 103.5 FM

WASHINGTON — Some school board members in Prince George’s County are standing behind NFL quarterback Colin Kaepernick, urging the Washington Redskins to give him a chance to get back in the game.

Seven of the 14 Prince George’s County School Board members expressed support for Colin Kaepernick not just on the field but as a community leader, in a letter sent to the Washington Redskins on Thursday.

As the Redskins deal with multiple injuries among players, several board members are asking the team to give Kaepernick an immediate tryout and wrote:

“Giving Kaepernick an opportunity would send an even more powerful message today to our community and our students; that a person can peacefully protest for causes that they believe in and not be punished for it even though they are otherwise qualified for the position.”

Kaepernick hasn’t played in the NFL since 2016, when he protested police brutality and racial injustice against African-Americans by kneeling during the national anthem, a move that’s sparked debate on both sides.

FedEx Field, where the Redskins play, is in Prince George’s County.

Read the open letter, a copy of which was sent to WTOP, below:

We’d like to first thank you for the charitable work that your franchise has done and is still doing for Prince George’s County Public Schools. As a school system, we pride ourselves on our ability to prepare our students to take full advantage of all the opportunities available to them. We write you today about a matter that’s on the minds of many Prince Georgians, as well as fans nationwide. Our view is that the Washington Football Team needs to give Colin Kaepernick an opportunity to join the team in a form of a try-out, and need to do so immediately.

Our reasoning goes far beyond football. While it is apparent that Kaepernick is at least deserving of a roster spot based on his track record as an NFL quarterback, we think he merits an opportunity for other reasons. Historically this organization shown leadership in the National Football League. As you know in 1987 Doug Williams became the first black quarterback to lead an NFL team to a [Super Bowl] victory. For African-American boys around America and especially here in the DC area, one didn’t have to look far for inspiration.

Fast forward 30 years, and the need for this franchise to lead the NFL is still there. Giving Kaepernick an opportunity would send an even more powerful message today to our community and our students; that a person can peacefully protest for causes that they believe in and not be punished for it even though they are otherwise qualified for the position.

As school board members our reasons for wanting Kaepernick to get a try-out are simple. We believe that giving Kaepernick an opportunity will send the right message to our students and community members, who see him as someone who cares about issues affecting our community. If signed, we look forward to working with him, and the Washington organization to create the types of programming and spaces for our young people to discuss and debate the issues affecting them. If Kaepernick is signed we hope to work with his philanthropic organization to partner with our most needy students and provide more opportunities for our students.

As school board members, not standing for the national anthem wouldn’t cost us the opportunity to work, and it shouldn’t cost him either.

We look forward to hearing from you, and getting this done for the benefit of Prince Georgians and Redskins fans everywhere. We know that this decision is not an easy one and that there could be backlash. We stand ready to support you in doing the right thing and making a decision that will help the team and our community on and off the field. 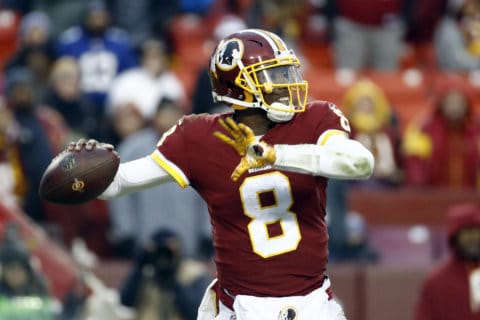