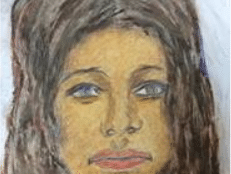 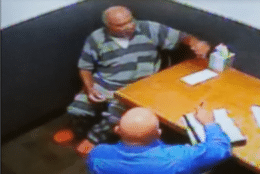 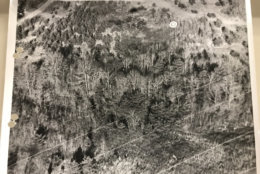 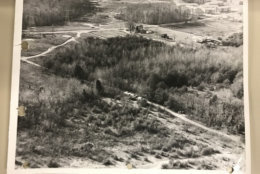 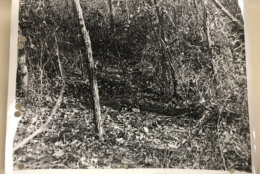 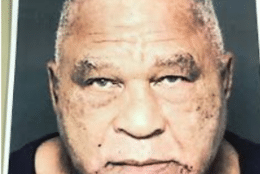 WASHINGTON — The convicted serial killer who has admitted to murdering as many as 90 people across the U.S. during decades of terror provided Prince George’s County police with a sketch of a woman he claims to have killed in 1972, police said Friday.

Samuel Little, 78, told investigators specific and previously unreported details (like what the victim was wearing and the position of her body) about an unsolved murder in Laurel, Maryland, that likely took place in the summer.

A hunter found the skeletal remains of the woman in a then-wooded area off Route 197 and the Baltimore-Washington Parkway in December of ’72.

Little told a Texas Ranger that he murdered someone in the D.C. region in the early 1970s.

“The monster came out of him,” one official said at a Friday news conference. “There’s no shame coming from him.”

Police said Little gets “sexually excited” and in the past has “fondled himself” when remembering his alleged victims.

A medical examiner determined the victim is a Caucasian female, approximately 5-foot-2 to 5-foot-6, with dirty blonde or reddish hair.

She was about 19 when she died.

Police are still trying to identify her.

Little said he met the woman in a bus station on New York Avenue in D.C. in May or June 1972, and they began driving north on the Baltimore-Washington Parkway.

About a quarter-mile north of Route 197 in Laurel, he said, they pulled off the road into a wooded area down a couple of dirt roads and had sex. He then strangled her.

He thought she was dead, but she “tried to stagger away from him,” Det. Bernie Nelson said.

Little caught up to her and strangled her a second time, killing her.

Little pointed out the exact location of the murder from police aerial photos, Nelson said. He had “a very good memory — photographic memory in fact.”

The woman was described by the medical examiner as white; between 5-foot-2 and 5-foot-6; having dirty blonde to reddish hair, and being in her early 20s — all details that Little got right in his confession. “Everything matched up,” Nelson said.

Nelson said Little thought the woman was from the Massachusetts area and had a child. Little said she told him her divorce had been finalized that day.

Asked whether it was possible that Little was the Freeway Phantom, the person who killed six black girls between April 1971 and September 1972 in the D.C. area, Nelson said Little denied those killings. He added, “If it was him, he’d tell you.”