Michael Ford, the man who was charged in the friendly-fire shooting death of Prince George's County detective Jacai Colson in 2016, has been found guilty of second-degree murder by a jury Friday.
Listen now to WTOP News WTOP.com | Alexa | Google Home | WTOP App | 103.5 FM

WASHINGTON — The man who was charged in the 2016 friendly-fire shooting death of Prince George’s County detective Jacai Colson has been found guilty of second-degree murder by a jury Friday.

Prosecutors said Michael Ford, 25, had opened fire on the police station in Landover, Maryland, in a deliberate attack. Ford testified that he was suicidal, but had not intended to harm anyone; though he fired up to 23 shots, he didn’t hit anyone.

The verdict held Ford accountable not only for Colson’s fatal shooting but “for endangering also five other citizens, including citizens who were just driving by that evening, and all of the other officers whose lives were placed in danger that night,” Prince George’s County state’s attorney Angela Alsobrooks said at a news conference Friday night.

During the March 2016 shooting, Colson had responded and exchanged gunfire with Ford. But, during the response, fellow officer Taylor Krauss mistook Colson as a threat and shot him in the chest. Krauss was not charged in Colson’s death and testified at Ford’s trial that he never saw Colson hold up a badge or hear the undercover detective identify himself as a police officer.

During the trial, prosecutors said that though Ford didn’t fire the fatal shot, he had created a “combat zone.” They charged that Ford was not going on a suicide mission, but “a mission to kill cops.”

Ford’s brothers had taken cellphone video of the shooting outside the police station and had intended to post the video online, according to a detective’s testimony in 2016. Ford was shouting obscenities and had yelled, “Do something!” in between shots, one of the videos showed.

He said he wasn’t aware that his brothers had been recording.

During closing arguments Thursday, Ford’s defense said the officer who fired the deadly shot was careless and that Ford should not be blamed.

Jones also told jurors that Ford had been wounded and “neutralized” before Krauss shot and killed Colson, The Associated Press reported.

Colson, 28, was a four-year veteran of the department. His family went on to file a wrongful-death lawsuit against Prince George’s County and Krauss.

Ford’s brothers, Malik and Elijah Ford, are awaiting sentencing hearings after pleading guilty to charges related to the 2016 shooting.

“Although we collectively have prevailed in this proceeding, the fact is that we’ve all lost. Everyone associated with this event has lost — lives, careers, peace of mind,” Stawinski added.

The jury had deliberated for about three hours. Alsobrooks said Ford was convicted on 31 counts, including second-degree murder. He was not found guilty in attempted first-degree murder.

John Erzen, spokesman for the Prince George’s County State’s Attorney’s Office, told WTOP that Ford could be looking at up to 600 years in prison, with 65 of those years being mandatory. Ford’s sentencing is scheduled for Jan. 10.

When asked about lessons learned from the shooting, Stawinski responded that a panel, which included several community members, was convened for a review. The shooting has also been incorporated into police training, Stawinski said.

“We strive to learn lessons from our tragedies,” he said. 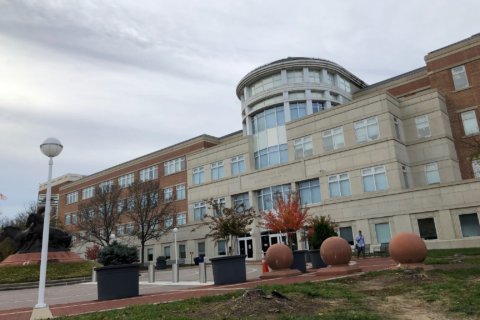 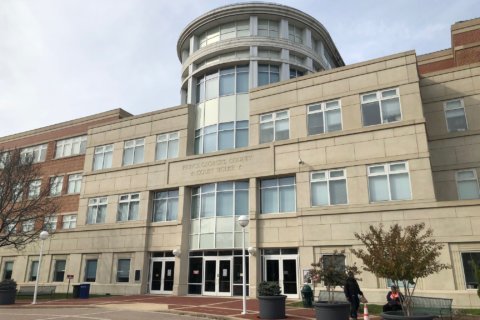