WASHINGTON — The renowned Symphony of Soul band program at Bowie State University is now on probation and its music director has resigned following findings of student hazing.

The school launched an internal investigation into complaints of hazing after two students came forward in early November.

Dr. Adolph E. Wright, a BSU alumnus, stepped down after the investigation found he likely knew of an abusive tradition of students putting other students in physical and mental distress.

There are 88 members of the university band, including 56 musicians, 17 dancers and 15 color guard members. Many of the same students participate in multiple ensembles, so the entire band program is on probation, including the marching, pep, jazz and concert bands, said school spokeswoman Cassandra M. Robinson.

For the month during the investigation, every ensemble was suspended from activity. Now, during the probationary period, student musicians will not able to travel, compete or play at athletic events for the rest of the school year.

Findings of the investigation concluded that the band members violated the university’s policy on hazing and the Student Code of Conduct. The university’s policy establishes prohibitions against “any action taken or situation created intentionally to produce physical or mental discomfort, harassment or ridicule,” said spokeswoman Danita Chambers in a release. 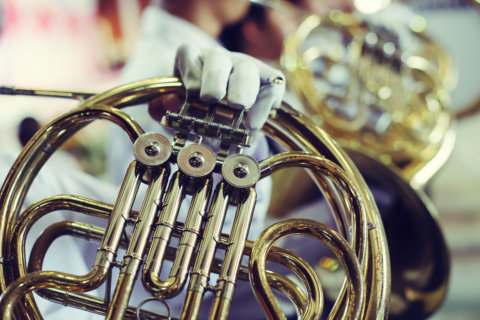