Firefighters in Prince George's County, Maryland, could not locate a working smoke alarm in the house where an elderly couple lost their lives overnight on Thursday. Hoarding conditions were also discovered at the home in Fort Washington, according to Prince George's County Fire and EMS Department.
Listen now to WTOP News WTOP.com | Alexa | Google Home | WTOP App | 103.5 FM
(1/4) 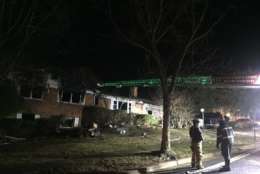 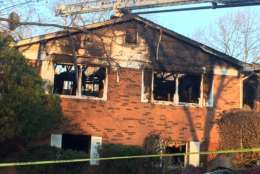 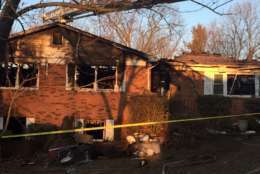 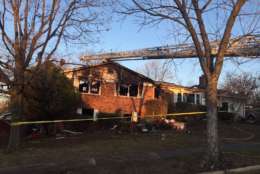 WASHINGTON — Firefighters in Prince George’s County, Maryland, could not find a working smoke alarm in the house where an elderly couple died in a severe blaze on Thursday, according to fire officials.

The man and woman were found near the foyer of the house in the 500 block of Round Table Drive in Fort Washington.

Firefighters were called to the property shortly after 11:30 p.m. Thursday after reports of a fire in a two-story split-level home.

The fire, described as “well advanced,” was tackled from the outside of the home because of “unsafe conditions,” according to Mark Brady, chief spokesman from Prince George’s County Fire and EMS Department who tweeted about “hoarding conditions” in the house.

Prince George’s County Fire Chief Ben Barksdale said firefighters arrived to find heavy fire on the roof area and lower level of the home. They tried to make an interior attack but conditions were unfavorable.

“Crews were going in; they encountered hoarding conditions which made it difficult to advance the hose lines to get to the scene of the fire,” he said.

The husband, 75, and his wife, 80, were pronounced dead on the scene just after midnight. They had been brought outside and crews started CPR but they couldn’t be revived, according to Barksdale. Their identities have not been released.

It appears the fire started in the lower level of the house. The cause remains under investigation.  Firefighters could not locate a working smoke alarm in the house, according to a statement released by Prince George’s County Fire and EMS Department. Fire loss is estimated at $150,000.

During the incident, a firefighter experienced a sudden onset of respiratory distress and was transported to an area hospital. The firefighter has since been released from the hospital.

These are the 2nd and 3rd residential fire-related fatalities in Prince George’s County of 2018, according to fire officials. There were a total of 5 such deaths in 2017.  All of the accidental residential fire deaths in the county in 2017 and 2018 have occurred in homes without a working smoke alarm, authorities said.

Prince George’s County residents that need a 10-year smoke alarm installed in their home and cannot afford to purchase one themselves are being urged to call 311 and ask about the free smoke-alarm installation program.