Mourners gathered at the Diyanet Center of America in Lanham for Friday prayers and to pay their respects to Cpl. Mujahid Ramzziddin, a 14-year veteran of the police department who was fatally shot earlier this week. Ramzziddin's final resting place is at Fort Lincoln Cemetery.
Listen now to WTOP News WTOP.com | Alexa | Google Home | WTOP App | 103.5 FM

WASHINGTON — Mourners gathered at the Diyanet Center of America in Lanham for Friday prayers and to pay their respects to Cpl. Mujahid Ramzziddin, a 14-year veteran of the police department who was fatally shot when helping a neighbor on Wednesday.

The sky was gray and rain fell in Lanham — a somber picture reflecting the mood of those gathering to say a final farewell to the fallen officer, who had been awarded the Medal of Valor in 2006.

Prince George’s County Police Chief Hank Stawinski spoke at the service outside the mosque, addressing the family of Ramzziddin.

“I share your profound grief,” Stawinski said. He spoke about Ramzziddin’s “selfless act in a time of selfish violence.”

Police investigators are still putting together a timeline for Wednesday’s shooting, when Ramzziddin was shot dead, but police know he was off-duty and responding to a domestic situation near his home on Chadds Ford Drive in Brandywine, Maryland.

Imams paid tribute to Ramzziddin during the Friday service, one of them saying Ramzziddin spent his last moments protecting and serving the public and gave his life dying to protect a member of the community. 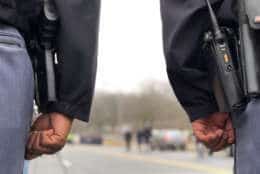 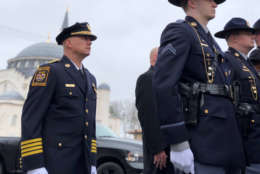 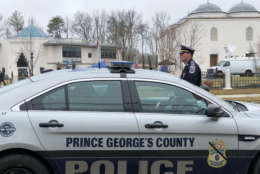 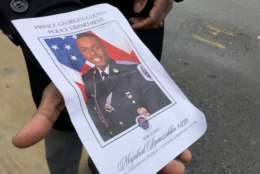 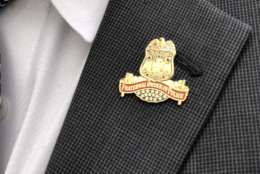 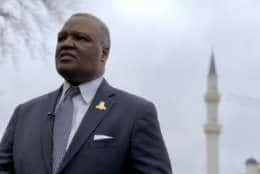 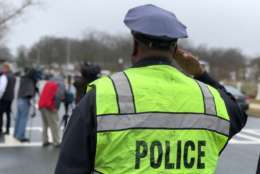 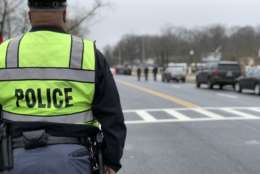 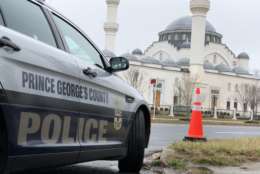 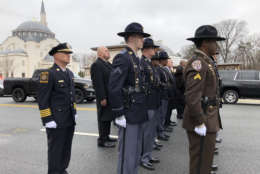 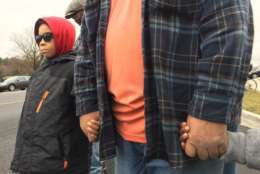 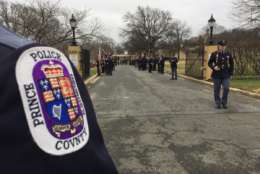 He also spoke of Ramzziddin as an only son, devoted husband and father of four, adding that those who die protecting others are considered martyrs, according to the Islamic faith.

“We are just proud of him,” said Imam, Talib Shareef. “Mujahid gave his life, giving and giving,” Shareef said. “He was a good man.”

Ramzziddin’s eldest son, Eric, thanked Prince George’s County police for their help and support. He told those gathered how he had fulfilled his father’s wish that his son wash his body when he died.

“I told my father I loved him for the last time,” Ramzziddin’s son said. “Today my dad’s a hero.”

A number of dignitaries were in attendance to honor Ramzziddin, including Maryland Gov. Larry Hogan and Prince George’s County State’s Attorney Angela Alsobrooks.

A procession, including the hearse, made its way to Fort Lincoln Cemetery in Brentwood, Maryland. Along that route, members of the public and fellow first responders paid their respects to Ramzziddin before his burial.

After the burial, a private celebration of life for family, friends and fellow officers took place at the Fraternal Order of Police Lodge 89 in Upper Marlboro, Maryland.

It’s believed the suspect, Glenn Tyndell from Maryland, showed up at the Brandywine home of his estranged wife and gunned down Ramzziddin, who had gone to help Tyndell’s estranged wife after she expressed some concerns about going inside her home.

After a short police chase, Tyndell, was also shot and killed by police. 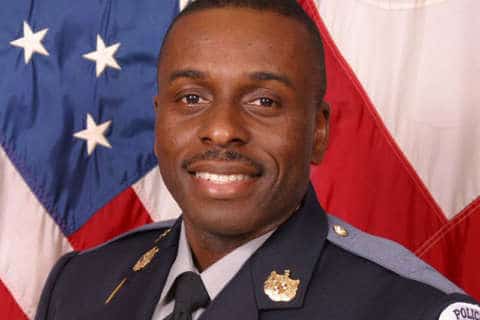 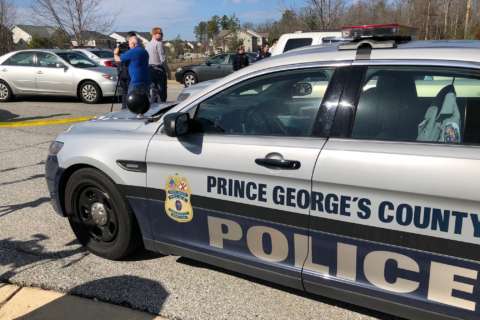