WASHINGTON — During a meeting with the Maryland State Board of Education Tuesday, Prince George’s County leaders promised that things are changing following an audit that sparked deep concerns about graduation rates and grade manipulation.

Those steps include stricter control over access to student records, mandatory training for all grade and transcript managers and an independent auditor who will continually review graduation data, Maxwell said.

But Maxwell still had to fend off questions about whether individual schools were directed to hand out diplomas despite students falling short of state requirements.

“Something is going on here,” said the board’s president Andrew Smarick. “I don’t want to go too far. But it seems like something is happening to suggest to schools, to teachers, to someone that ‘we gotta (SIC) graduate these students irrespective of some of these rules we have.'”

The independent audit, released in November, looked at 1,212 student records randomly selected from about 5,500 graduated high school seniors who had grades changed after a year-end deadline in 2016 or 2017.

It found that nearly one out of four students may have graduated without meeting requirements.

The audit did not find evidence that education leaders specifically told schools to manipulate grades and boost graduation rates, something Maxwell reiterated to the state board.

“At no time did I, or members of the leadership team acting on my behalf, encourage staff to work outside our established procedures to graduate students who did not meet state standards,” Maxwell said. “Any staff members found to have done so will be held accountable.”

The meeting came as education leaders in the District dealt with their own graduation scandal.

A study released this week found that more than 1 in 3 students who graduated from D.C. public high schools last year had help from violations of system policy. 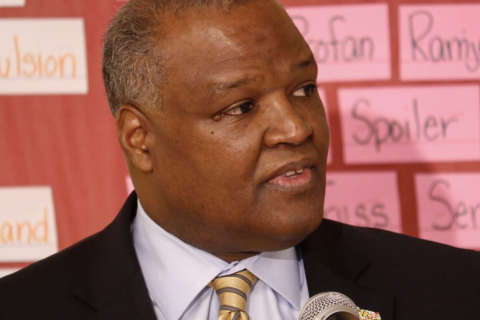