"Fire was coming from the attic, second floor, first floor as well as the basement," said Mark Brady, a spokesman for Prince George's County Fire and EMS.
(1/3) 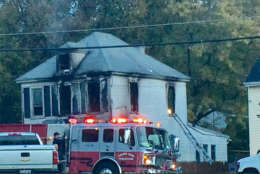 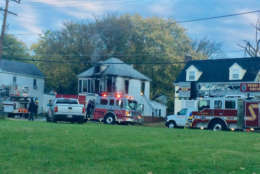 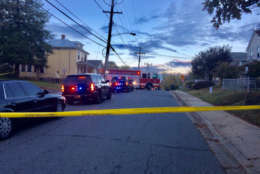 SEAT PLEASANT, Md. — An investigation is underway after two people were found dead in a house fire Thursday morning just over the D.C. line in Seat Pleasant, Maryland.

According to Prince George’s County fire officials, neighbors reported the fire around 5:30 a.m. at a two-story house on Foote Street, which is off Martin Luther King Jr. Highway.

“It was heavily involved with fire,” said Mark Brady, a spokesman for the county’s fire department.

“Fire was coming from the attic, second floor, first floor as well as the basement. Firefighters arrived very quickly and it took about 20 minutes to knock the fire down.”

During a subsequent search of the area, crews discovered two bodies on the second floor of the house, Brady said.

It was not immediately known if the bodies were male or female.

An autopsy will be conducted to determine who they are and how they died, according to Brady.

The cause of the fire also was not immediately clear.

This comes at a time of year when fire department officials typically urge residents to change the batteries in their smoke alarms.

It is not yet known whether the home had working smoke alarms, Brady said.

Fire crews planned to be back in the Seat Pleasant neighborhood later Thursday going door to door, asking residents to check their smoke alarms to make sure they are in working order.

“If they don’t have one, or if they find one not working, we will install a free 10-year smoke alarm to those individuals,” said Brady.

Anyone in Prince George’s County who needs that service can get it by calling 311, Brady added.

Video U/D 6200 block of Foote St in Seat Pleasant. 530 am time of Dispatch. 2 deceased. ID and cause are under investigation. #PGFD pic.twitter.com/jfg19rJ2R6