WASHINGTON — A car plowed into a busy Upper Marlboro, Maryland, restaurant Tuesday afternoon, injuring as many as nine people.

A woman drove a sedan into Babes Boys Tavern @ The Top of the Hill, a one-story restaurant located at 15903 Marlboro Pike in Upper Marlboro, around 1:30 p.m. There were about 30 patrons in the restaurant for lunch for when the car “came crashing through [the] wall,” said Prince George’s County Fire/EMS spokesman Mark Brady in a tweet.

“There was an empty table just on the other side of that wall where she went through,” Brady said. “There were people sitting at tables on either side, so this could have been a lot worse.” 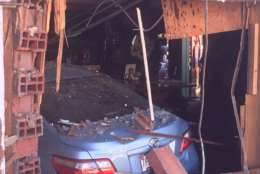 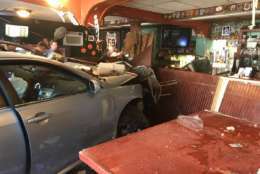 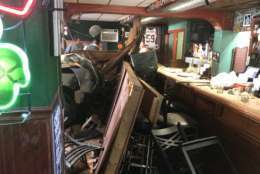 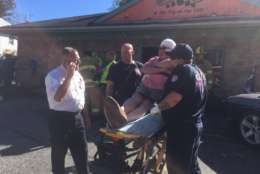 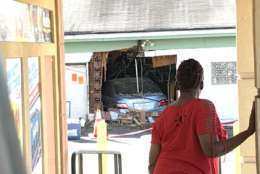 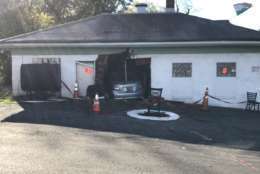 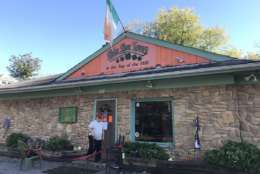 Many of the people in the restaurant at the time work for the county, including Ret. Chief Judge C. Philip Nichols who got scrapes and bruises and retired firefighter who sustained a head injury, Brady said.

The building was deemed unsafe by the building inspector, so repairs are necessary before it can reopen, he added.

It is not yet clear what led the driver to crash into the restaurant. The woman behind the wheel was not injured.

Officials have not yet released details about how fast the car was going when it ran into the structure, although Brady said it appears the driver was traveling at a “fairly high rate of speed.”

Babes Boys Tavern @  The Top of the Hill is a neighborhood tavern and Irish pub that specializes in homemade comfort food, according to its website.

Below is a map with the location of the incident.

WTOP’s Michelle Basch contributed to this report from Upper Marlboro.