A prosecutor asked for patience Monday as authorities investigate the stabbing of a black Army officer, allegedly by a white University of Maryland student, in a possible hate crime on campus.
Listen now to WTOP News WTOP.com | Alexa | Google Home | WTOP App | 103.5 FM

COLLEGE PARK, Md. (AP) — A prosecutor asked for patience Monday as authorities investigate the stabbing of a black Army officer, allegedly by a white University of Maryland student, in a possible hate crime on campus.

The FBI is investigating the unprovoked stabbing of Richard Collins III as a possible hate crime. The suspect, Sean Urbanski, has belonged to a racist Facebook group. Police also said that he was intoxicated, and being tested for drugs.

Defense attorney William C. Brennan argued Monday that the 22-year-old should be allowed to live at home under conditions including GPS monitoring and alcohol abuse treatment while his case goes forward. The judge declined, for now.

Collins, 23, was stabbed early Saturday while visiting friends at the College Park campus. He had just been commissioned as a second lieutenant in the U.S. Army, and would have graduated Tuesday from Bowie State University, police said.

Lt. Col. Joel Thomas, who runs the ROTC unit at Bowie State, described Collins as intelligent, athletic, personable and with all the makings of an outstanding military leader.

At a news conference on Monday, Prince George’s County State’s Attorney Angela Alsobrooks cautioned against speculating about the case before facts are gathered.

The killing was met with shock and fear on both campuses, which are nearby each other in suburban Washington. Bowie State, a historically black school, is having its commencement ceremony Tuesday in the same basketball stadium on the College Park campus where Maryland held its ceremony on Sunday.

“If I’m a person of color I would certainly look at this as something that could happen to me. In fact, I know on Facebook our students are saying that,” said University of Maryland Police Chief David Mitchell.

University of Maryland President Wallace Loh led students and families in a moment of silence for Collins at Sunday’s commencement. He called it a “senseless and unprovoked assault,” The Baltimore Sun reported.

“We are still in shock that a young man, so full of promise, should have his life cut short, so suddenly,” Loh said. “Our thoughts and prayers are with his family and friends, and with the entire Bowie State University community.”

Mitchell said he asked for the FBI’s help after learning that Urbanski, 22, belonged to a Facebook group called “Alt-Reich: Nation,” where members post disparaging material about African-Americans and others.

“We are here to evaluate that as an ongoing concern with respect to whether or not this was a hate crime,” Gordon Johnson, special agent in charge of the FBI field office in Baltimore, said at a news conference Sunday evening.

Brennan told the judge that Urbanski, who appeared in court via a television feed, had “no prior criminal record.” The judge said his request for bond could be revisited at a later date.

Brennan and Urbanski’s parents left without commenting after Monday’s hearing.

A message left Sunday at a number listed for his home in Severna Park was not immediately returned.

Urbanski was added to the “Alt-Reich” Facebook group by an administrator in February. The group, which was taken down after the stabbing, had about 1,100 members and included racist, sexist and anti-Semitic photos and posts.

Officials said Collins was with two friends waiting for an Uber ride at about 3 a.m. Saturday when they heard Urbanski screaming and watched him approach.

Urbanski said “Step left, step left if you know what’s best for you,” according to the charging documents. Collins said ‘no,’ and Urbanski stabbed him once in the chest, the documents say.

Officers found Urbanski sitting on a bench about 50 feet from where Collins collapsed, with a knife in his front right pocket, the documents say.

Urbanski graduated from Severna Park High School in 2013, where he made the honor roll in 11th grade, according to media reports. Urbanski was not scheduled to graduate from the University of Maryland this year, police said.

Zach Lessner, who was in a bowling league with Urbanski and just graduated from the University of Maryland, said he didn’t expect that Urbanski “would be the person to commit this horrendous act.”

Brian Douglas, who got to know Collins when they took a class together, said the man was looking forward to graduation.

“He was just nice, just a good young man all around. You can’t find those too often in today’s society,” Douglas said.

“Everyone is in disbelief,” she said. “He seemed so excited to get to live his life and he doesn’t have that chance anymore.”

Editor’s note (July 26, 2021, 5:25 p.m.) — An earlier version of this story stated some Loudoun County, Virginia, students and staff would be required to wear masks. The county has not yet released detailed guidance. This story has been updated. 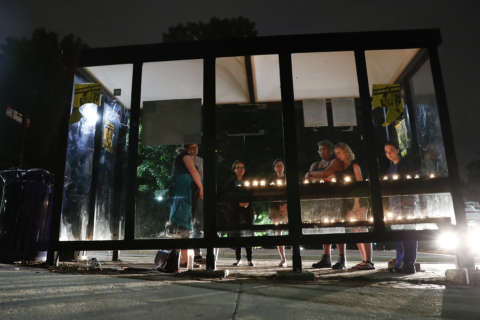 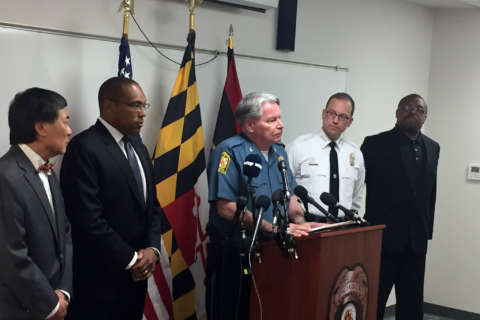