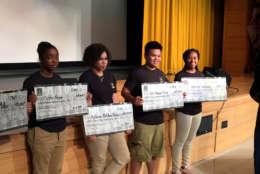 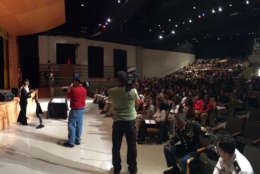 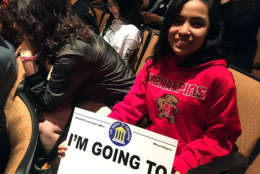 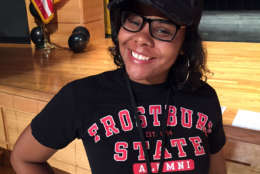 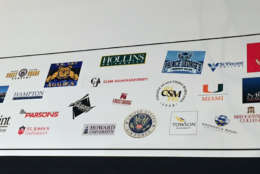 WASHINGTON — For years now, star high school athletes have enjoyed lots of attention on the days they announce their college choices. 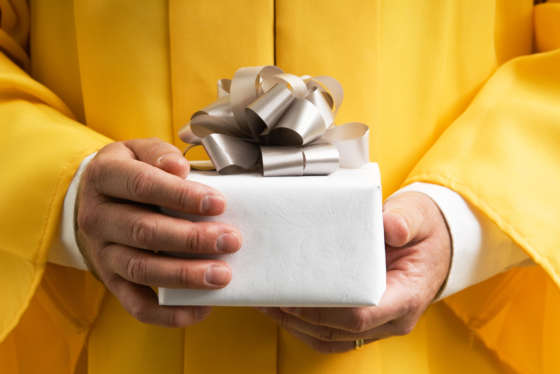 Graduations come and go, but that doesn’t mean your gift to the graduate in your life can’t withstand the test of time.

One local educator decided to let every senior have that same fun.

“I am so, so proud of you guys,” Oxon Hill High School counselor Tiffany Jamison told seniors Monday at an assembly to celebrate the choices that most have made for life after high school.

“We will recognize [the seniors] on their decision and commitment,” said Jamison.

She said 345 Oxon Hill seniors have committed to about 45 different school — or the U.S. military.

Seven Army-bound seniors displayed checks ranging from $42,000 to more than $54,000 — money they’ll receive under the G.I. Bill for their educations after their military service.

One soon-to-be-grad who’s heading to the U.S. Navy received an enlistment pin from a local recruiter.

The seniors sat down front, while the juniors sat above and behind.

Jamison told them to take a good look at what awaits next year.

In an event filled with near-constant cheering, the louder roars came when the name of each senior was projected on a screen, along with the schools to which he or she had been accepted.

The cheers were loudest when a student’s choice was set in bold type — and when it was a nearby school.

But Oxon Hill students won’t be confined to just the D.C. area. 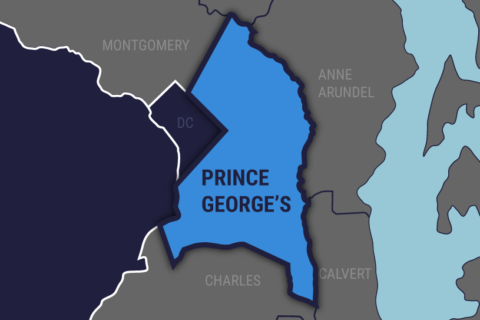