For the second time in recent years, a roller coaster at the Six Flags America amusement park in Upper Marlboro, Maryland, had to be shut down for a safety inspection after passengers got stuck on the ride for about five hours.
Listen now to WTOP News WTOP.com | Alexa | Google Home | WTOP App | 103.5 FM

WASHINGTON — For the second time in recent years, a roller coaster at the Six Flags America amusement park in Upper Marlboro, Maryland, had to be shut down for a safety inspection after passengers got stuck on the ride for about five hours.

Two dozen people were stranded nearly 100 feet in the air Thursday evening when the Joker’s Jinx ride came to a halt.

“We got the initial call around 5:30,” said Mark Brady, spokesman for the Prince George’s County Fire/EMS Department. “We had 50 personnel working on the scene, getting riders from the top of the ride to the safety of the ground.” 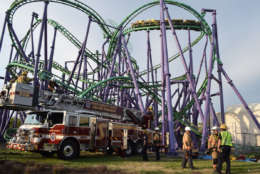 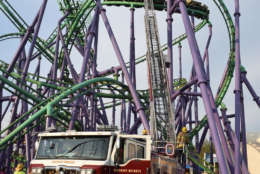 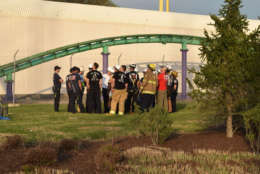 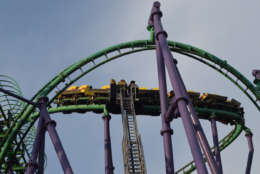 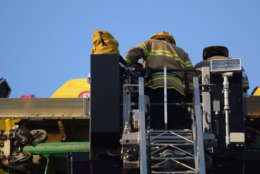 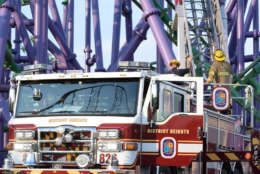 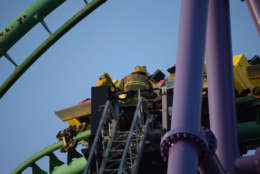 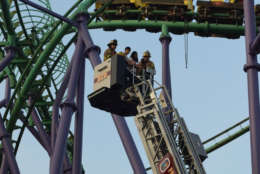 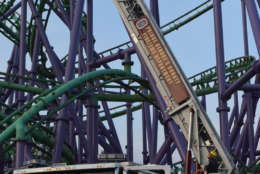 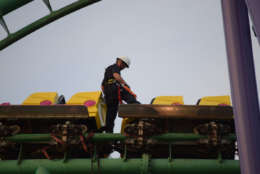 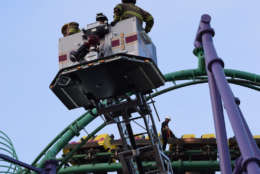 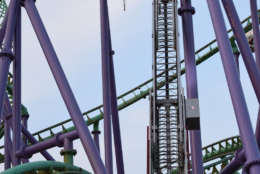 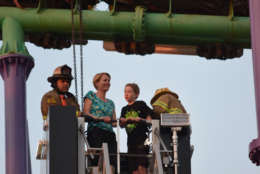 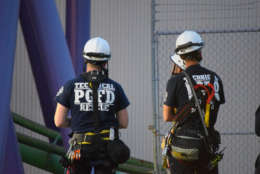 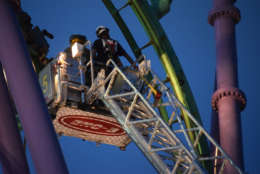 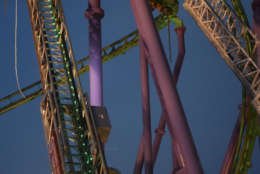 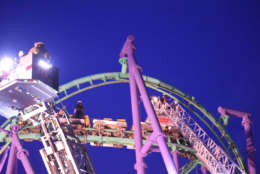 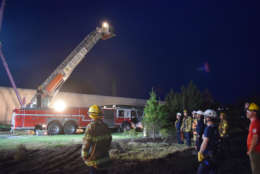 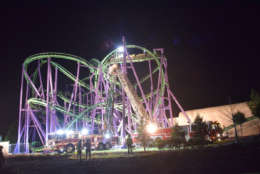 Video footage showed firefighters in a rescue bucket talking with the passengers, none of whom appeared to be in distress.

“It went as well as could be expected,” Brady said. “Everybody was in relatively good spirits considering what they went through. It’s an experience they’ll never forget.”

“Once everybody came down from the ride, they were evaluated by medics and all were in good shape,” Brady said. “We’re pleased that there were no injuries to civilians or our firefighters.”

The ride didn’t complete its “regular ride cycle, causing it to stop at a safe location on the track,” Six Flags America said in a statement. “The safety of our guests is our highest priority and the ride will be closed for a thorough inspection.”

This is not the first time the Joker’s Jinx has experienced problems.

Two dozen passengers were stuck, some for as long as five hours, on the same ride in August of 2014.

Six Flags’ website describes the Joker’s Jinx as having a “spaghetti bowl” design, with the roller coaster doing “a cobra roll, a sidewinder loop, a corkscrew, and countless swift reversals.”

It has a launch system that gets riders from 0 to 60 mph in just over three seconds.