The United States Holocaust Memorial Museum has cut the ribbon on a state-of-the-art conservation and research center in Bowie, Maryland, where evidence of the Holocaust is being preserved so that people never forget.
Listen now to WTOP News WTOP.com | Alexa | Google Home | WTOP App | 103.5 FM

BOWIE, Md. — The United States Holocaust Memorial Museum has cut the ribbon on a state-of-the-art conservation and research center where evidence of the Holocaust is being preserved.

“With the rise of anti-Semitism and various forms of Holocaust denial, the role of the evidence is taking on even greater significance and urgency,” said Tom Berstein, chairman of the United States Holocaust Memorial Museum.

Survivors of the Holocaust gathered with family members to dedicate the David and Fela Shapell Family Collections, Conservation and Research Center. The highly secured, 80,000 square-foot facility of laboratories and climate-controlled rooms sits at the end of a winding road, behind a black iron fence and vehicle barriers.

“You are the steward of those lost lives. You honor their last remaining trace. This makes your work here noble, solemn and sacred,” said Irvin Shapell of the Shapell Family Foundation, directing his remarks to conservators, archivists, curators and others who staff the facility. 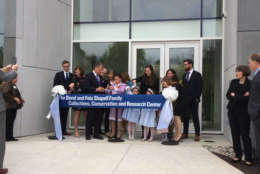 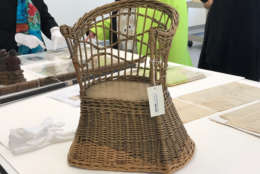 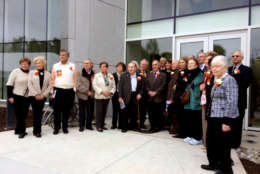 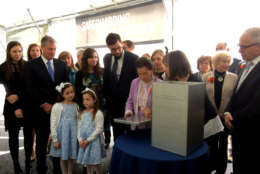 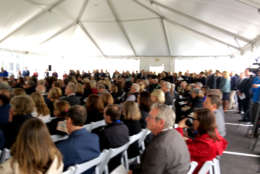 The facility collects and preserves historical artifacts, documents, photographs, film and other objects related to the Holocaust, in which 6 million Jewish people were singled out for extermination.

Among its holdings is a little chair.

“It’s a tiny, little wicker chair, and it was 150 years old when it was given to me (in 1942), and it’s a doll’s chair and it was for my second birthday,” said Louisa Lawrence-Israels, 76, of Bethesda, who hid with her Jewish family in an attic during the Nazi occupation of Amsterdam, just five blocks from where Anne Frank was hiding.

“Once we’re not here anymore, the museum and this center will speak for us,” Lawrence-Israels said.

Holocaust survivors also put notes in a time capsule to be opened in 2043 — the Holocaust Museum’s 50th anniversary.