ANNAPOLIS, Md. — Lawmakers from Prince George’s County demanded on Wednesday that Gov. Larry Hogan increase funding in the state budget for a new hospital slated to be built in the county.

Baker and a group of county and state officials are upset by recent administration decisions that they claim will harm the county’s plans to extend the state’s regional health care system in the county.

The governor’s proposed budget for next year would put just $15 million toward the regional hospital, half of the $30 million lawmakers believe is required under state law.

Baker spoke at a news conference in Annapolis where he was joined by members of the county’s Annapolis delegation, as well as county lawmakers.

Officials with the Hogan administration said the governor is not violating state law, but simply extending the period for the funding and that he remains committed to the project.

“The State of Maryland has provided the vast majority of the construction funds for this project and we look forward to seeing the Baker administration meet their end of the deal,” a statement from Hogan’s press secretary Shareese DeLeaver-Churchill said. The delay in funding won’t hold up construction, the statement read.

“Prince George’s County will stand firm” on its demands for restoration of funding in the budget, he said. “Or guess what? The session’s not going to come to an end on April the tenth!”

The decision to approve a cardiac care unit at nearby Anne Arundel County Medical Center has also riled the county’s legislative delegation.

The Maryland Health Care Commission issued a certificate of need for the Prince George’s County Regional Medical Center in October. The new hospital will be part of the University of Maryland Medical System. It is expected to boost primary care in the region and reduce the need for county residents to travel to D.C. or Baltimore for medical treatment. 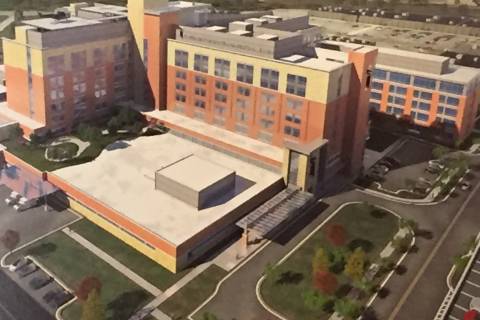