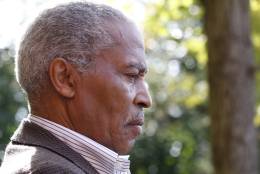 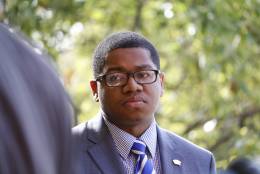 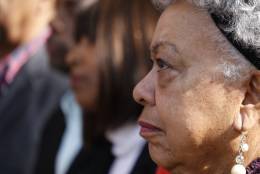 LARGO, Md. — The Prince George’s County branch of the NAACP is calling the county executive to remove schools chief  Kevin Maxwell immediately after a controversy-plagued year.

Leadership of the county’s NAACP says Maxwell has proved unable to stop the cases of alleged abuse by teachers and staff. The charge comes days after a DuVal High School teacher was arrested after allegedly sending explicit texts to, and inappropriately touching, one of his students.

“Suppose there’s one more incident? Then what?” asked Bob Ross, president of the Prince George’s Chapter of the NAACP.

Ross says there’s an apparent disconnect between school leadership and the concerns of the community. Referring to conversations with parents of students, Ross said, “You just start talking to them about it, and they start crying. The community is hurting right now.”

Speaking to reporters in Upper Marlboro Wednesday morning, Baker explained why he believes Maxwell remains the best person to lead the school system.

He added that in the most recent instance at DuVal High School, “I think [Maxwell] did what we expect him to do: when notified, he took action.”

Scandals in the school system

Juwan Blocker, an 18-year-old senior at Parkdale High School and the student member of the county board of education, attended the news conference held by the NAACP in Largo Wednesday morning. Blocker says he’s hearing from classmates who say they worry about the safety of their younger brothers and sisters. He says specifically, he’s heard from classmates who have siblings in the Head Start program.

The county’s administration of Head Start came under fire when federal officials found what they deemed was a slow response to allegations of abuse and neglect by staff. Those findings led to the loss of the $6.5 million federal grant.

In addition to the Head Start grant loss, the school system has been fraught with scandal in 2016.

There were reports that a nurse not employed by the school system beat a special needs students on a school bus in the C. Elizabeth Rieg Regional School lot in Bowie, Maryland, on Sept. 1. Also, there were allegations that a school bus aide for Prince George’s County Public Schools molested special needs students on a bus to and from James Ryder Randall Elementary School in Clinton, Maryland.

In February, a former teacher’s aide at Judge Sylvania Woods Elementary was arrested and faces numerous counts of sexual abuse and child pornography charges. Police said 22-year-old Deonte Carraway coerced nearly two dozen children, some as young as 9 years old, into performing sex acts on him and each other and filmed them on his cellphone.

Blocker said that he’s speaking out because he feels it’s important to let people know students won’t be taken advantage of in the school system.

“You’re not going to come to my county — Prince George’s County Public Schools — and do what you want. No, you’re going to abide by all rules and you’re going to treat students with respect. And if you’re not here for the best interest of the students, then you have to go — immediately. Immediately.”

No ‘confidence in the CEO’

June White Dillard, a member of the executive committee of the Prince George’s County NAACP, said Baker and Maxwell have had enough time to try to correct the issues surrounding school safety.

“We do not feel we have any confidence in the CEO” she said. “The administration has had way too long to deal with the issues in the system and we feel confident that the deputies can take charge of this system while we search for someone to come in and be the CEO.”

Last month, several members of the Prince George’s County Board of Education called on Maxwell and two other leaders of the school system to step down.

Maxwell, who Baker appointed in 2013, has said he has no plans to move on. 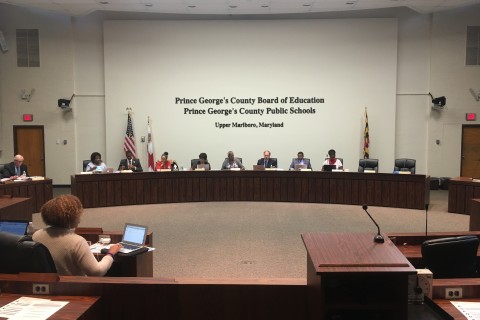