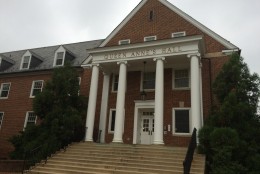 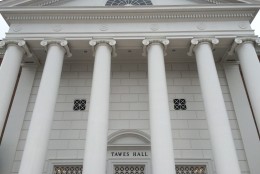 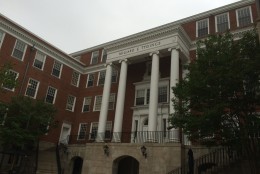 Police say the first robbery occurred in front of Tydings Hall; the second, in front of Tawes Hall, the third outside Queen Anne’s Hall.

Police say they are unsure whether the same person was involved in these robberies.

Police say in the third robbery, the suspect showed a weapon.

Campus police are warning people to stay from these areas while authorities investigate and search for the suspect or suspects.

Our officers searched the area but did not locate the suspect. No further info at this time. Pls monitor social media for any updates.

“I got the alerts on my phone and of course I was scared and nervous,” said Hannah Phillips, an employee on campus. “This stuff doesn’t happen often.”

“It’s scary,” said Ryan Hearty, a student taking a summer course. “I guess it’s something that every college campus has to watch out for. I’ll probably just be a little more aware.”

EDITOR’S NOTE: This story has been changed to reflect that there were three reported robberies. Police had previously reported four robberies.