A shelter in Maryland is taking care of dozens of cats and kittens after someone abandoned them — leaving them in boxes outside in the rain.
Listen now to WTOP News WTOP.com | Alexa | Google Home | WTOP App | 103.5 FM
(1/5) 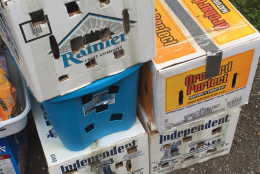 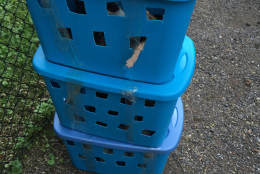 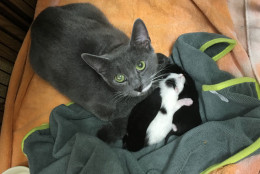 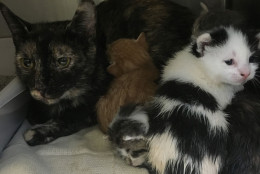 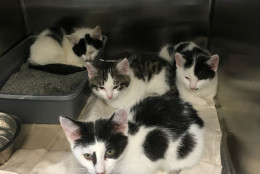 GREENBELT, Md. — Almost every day, pets are surrendered to local animal shelters, but animal control officers in Greenbelt, Maryland say that what happened Friday night is a first.

“Never in my lifetime have I seen so many cats abandoned at once,” said Greenbelt animal control officer Howard Stanback.

“About 5 o’clock we had 19 kittens abandoned outside of our shelter.”

Stanback says the cats and kittens were left in boxes that were taped shut with holes cut out so the animals could breathe. It was also raining that night.

“We got another five boxes of cats and kittens [on Saturday] … we have had a total of 28 cats abandoned at our shelter,” he said.

Stanback says some of the kittens were just days old, left with their mother and still had their umbilical cords attached.

Stanback believes that the two incidents are connected.

While it’s fortunate the cats were left at the shelter’s doorstep, Stanback says it’s still not the way to surrender an animal.

Stanback says the cats and kittens all seem to be healthy, with the exception that they have fleas.

The City of Greenbelt’s Animal Control division is working with area rescue organizations to care for the cats and kittens. The smallest kittens will remain under the shelter’s care.

Stanback says the shelter is always in need of volunteers and donations in the form of supplies or monetary contributions.